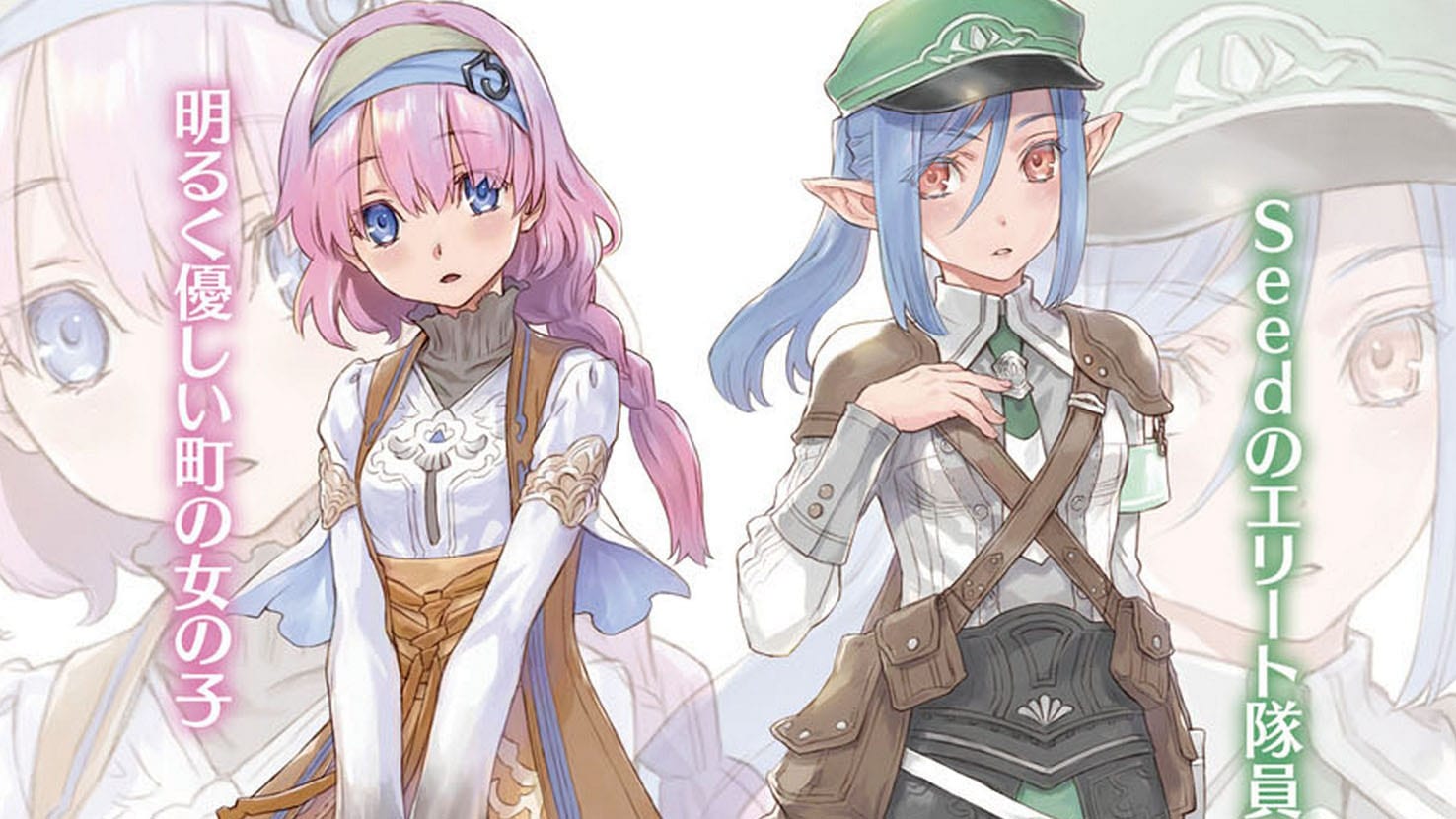 We get to take a good look at the male and female heroes and at some of the bride and groom candidates, including three ladies Priscilla, Scarlett, and Lucy, and three dudes, Martin, Reinhardt, and Cecil.

Marriage is possible after dating one of them and deepening the relationship with them.

We even meet more of the characters that populate the town that serves as a setting for the game. It’s located at the border between an ancient kingdom and an empire, so it’s populated by a variety of races from both nations.

However, the population has declined due to the town’s mediocre location and an organization named Seed works on keeping peace and preserving the villager’s livelyhood. The hero (or heroine) is a Seed recruit, tasked to protecting the village and its inhabitants.

Since the surrounding of the town are infested by monsters, it’ll be important to learn to use various weapons and magic to fight them.

That being said, a Seed’s duty also involves taking care of the villager’s concerns, and there’s plenty more to do besides fulfilling duties.

Players can enjoy farming and fishing, interact with the townspeople and get involved in romance.

The game releases in Japan exclusively for Nintendo Switch on May 20, 2021, while for now the western release is slated simply for next year.

If you want to see more, you can enjoy the latest trailer.