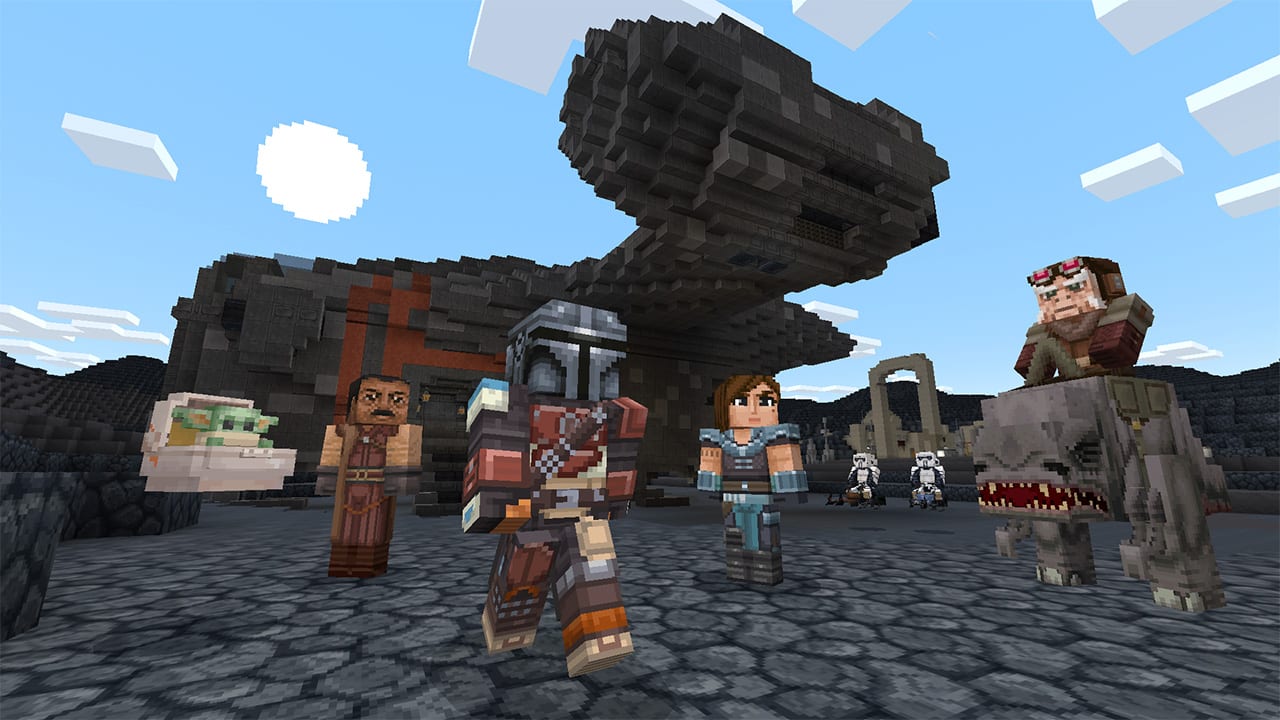 The new downloadable content, simply titled “Star Wars,” adds more Star Wars themed content from the original trilogy—A New Hope, The Empire Strikes Back, and Return of the Jedi—as well as The Mandalorian, which recently released its second season on Disney+.

The pack contains a map featuring 12 planet dioramas including Tatooine, Hoth, Endor, Nevarro, and more alongside a character skin pack with 36 characters including The Mandalorian and Darth Vader.

Players will be able to travel through the lands via “Hyperspace travel” and can use various ships and vehicles such as the X-Wing or The Mandalorian’s Razor Crest. The pack also contains a “full bespoke texture set,” mobs and items reskins, UI changes, and a licensed soundtrack.

The Star Wars pack can be purchased from the Minecraft Marketplace for 1,340 Minecoins, which is between $8-10. Check out the DLC in action in the trailer below.