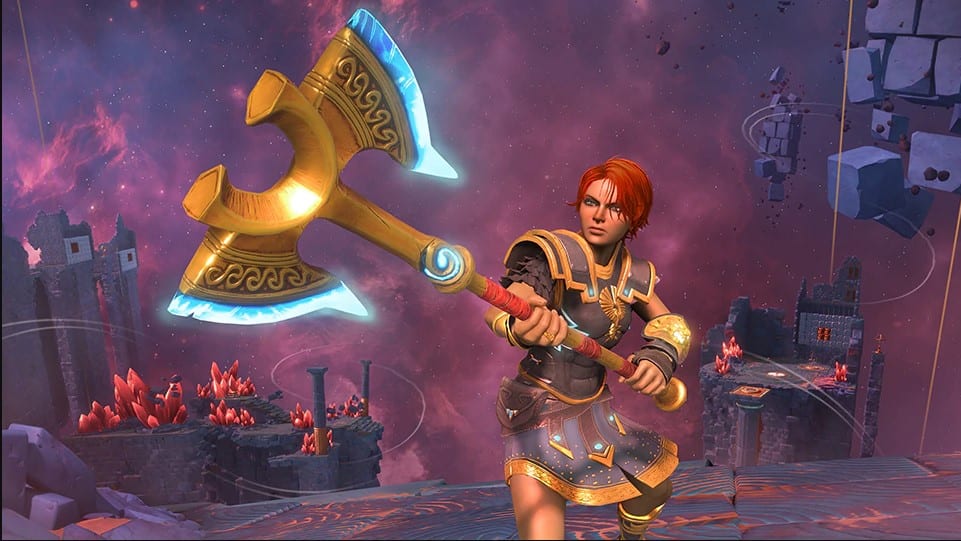 With Immortals: Fenyx Rising being very much an open-world Ubisoft title and PS5 and Xbox Series X|S owners no doubt a little cautious of their console’s SSD storage space, chances are you’re wondering just how much space the game’s going to take up. After all, those 4K assets and open-world need to be stored somewhere. Well, fear not, as we’ve got everything you need to know on Immortals: Fenyx Rising’s install size on PS5, Xbox Series X, PC, PS4, Xbox One, and Nintendo Switch.

According to Ubisoft’s own page, players will need to ensure they have the following free space on their system:

Unfortunately, at this moment in time Ubisoft has not yet specified the Xbox Series X and PS5 install sizes separately. While there’s a chance the install size may be the same on both last and current-gen consoles, there’s also a possibility that those 4K assets and optimizations may beef out Immortals’ file size that little bit more on the PS5 and Series X.

As soon as we can give you specific install sizes for the next-gen systems, we’ll update this post and let you know.

In addition to these install sizes, Ubisoft also notes that there will be a day 1 patch. While file sizes haven’t been revealed for all platforms, we do know that it’ll weigh in at around 25 GB on PS5, Xbox Series X, and Xbox Series S.

However, Ubisoft points out that this doesn’t mean that Immortals: Fenyx Rising’s install size will be increased on these platforms as a result of the day 1 patch. In fact, the day 1 update will allow the team to optimize and reduce the file size for future updates of the game.

Given Ubisoft has already announced its post-launch plans that make up its Season Pass, with three major narrative DLCs on the way, this is certainly good news for those next-gen SSDs.

That’s everything you need to know regarding Immortals: Fenyx Rising’s download and install size on PS5, PS4, Xbox One, Xbox Series X, PC and Nintendo Switch.

For more on the game, head on over to our upcoming guide wiki, search for Twinfinite, or check out more of our coverage on the game below.