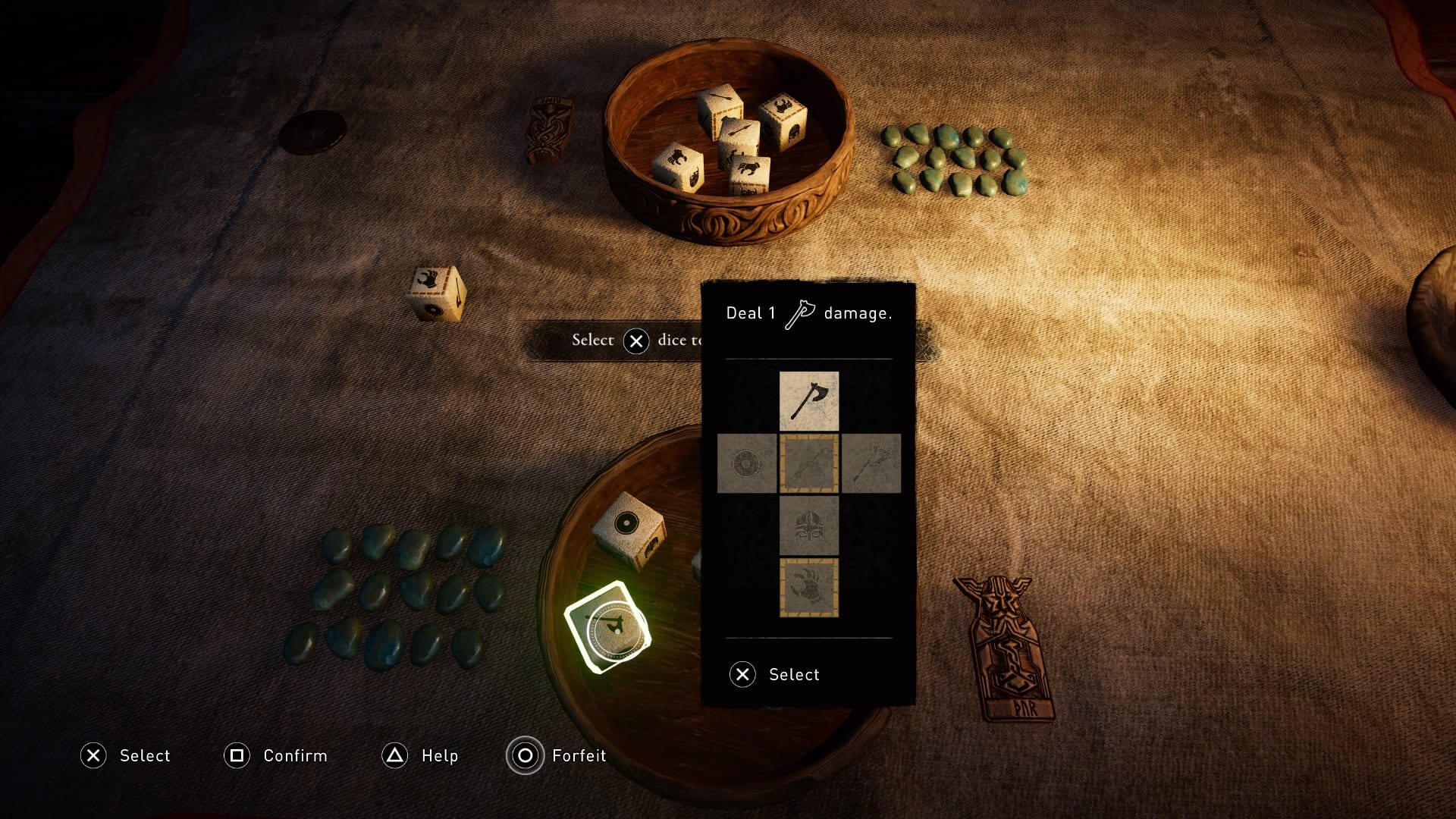 Assassin’s Creed Valhalla offers players plenty of distractions in between raiding English settlements and assassinating members of the order, including a fun dice-rolling mini-game called Orlog. But as website Dicebreaker reported earlier this week, Orlog will soon be playable much closer to home than Ubisoft’s digital rendition of 9th Century Europe.

As in, it’ll literally be playable from your home; Ubisoft has confirmed plans to release a physical board game at some point next year.

Dicebreaker’s article details some of the design and development of Orlog, which was originally intended to feature more of a deck-building component to its gameplay before the project grew too complex and cumbersome.

“We always wanted to have the aspect of the gods’ powers influencing it somehow, so on that version it was a face on the die that was representing a god type,”  Ubisoft co-development game director Benoit Richer told Dicebreaker. “The goal for that was to be able to roll multiple faces of that god to take effect.”

Orlog was later simplified by Ubisoft’s teams in Singapore and Chengdu to better fit Valhalla, morphing into the version found in the game today. As for its design inspiration, Richer explained that Orlog is only loosely based on historical Viking-era games:

“The goal was to have a game that would be ‘credible’ rather than historically accurate as we didn’t find any clear rules throughout our research,” he said.

As it turns out, Vikings did play different variants of hnefatafl games that sometimes involved large dice, but these were randomly shaped in a way that didn’t work with Ubisoft’s game engine. That explains the uniformity of dice shapes in Valhalla.

Dicebreaker’s article notes that the game does at least represent Orlog as having been made using the sorts of materials available to Norse raiders, such as bone, wood, stone, and silver.

If you haven’t yet tried Orlog in Assassin’s Creed Valhalla then check out Twinfinite’s guide on how to play so you understand the basics.