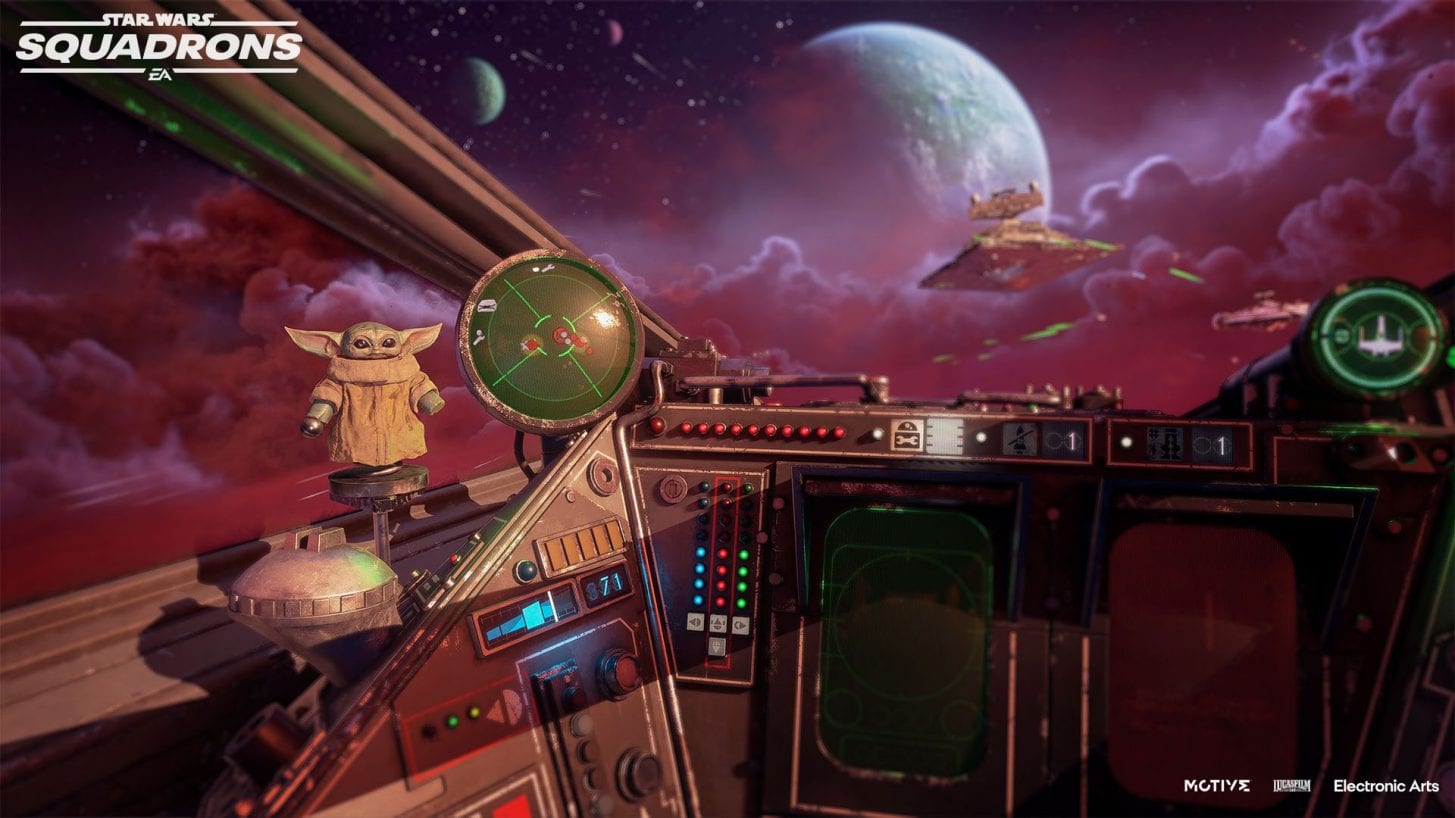 The new items will come via an update on Oct. 28 and will celebrate the debut of the second season of The Mandalorian.

They will include a Mysterious Creature (A.K.A. “The Child” A.K.A. Baby Yoda) dashboard flair and another portraying the IG-Series Assassin Droid.

Both factions will also receive one hanging flair and one hologram each.

If you want to learn more about Star Wars Squadrons you can read our review.

“All Wings Report In – Plan skirmishes with your squadron in the briefing room before taking off to the evolving battlefields across the galaxy. Compete in intense 5v5 multiplayer dogfights or unite with your squadron to tip the scales in monumental fleet battles. Together, you’re the galaxy’s finest.

The Mission Is Clear – Star Wars: Squadrons is a fully self-contained experience from day one, where you earn rewards through play. Climb the ranks and unlock new components like weapons, hulls, engines, shields, and cosmetic items in a clear path for progression that keeps gameplay fresh and engaging.”