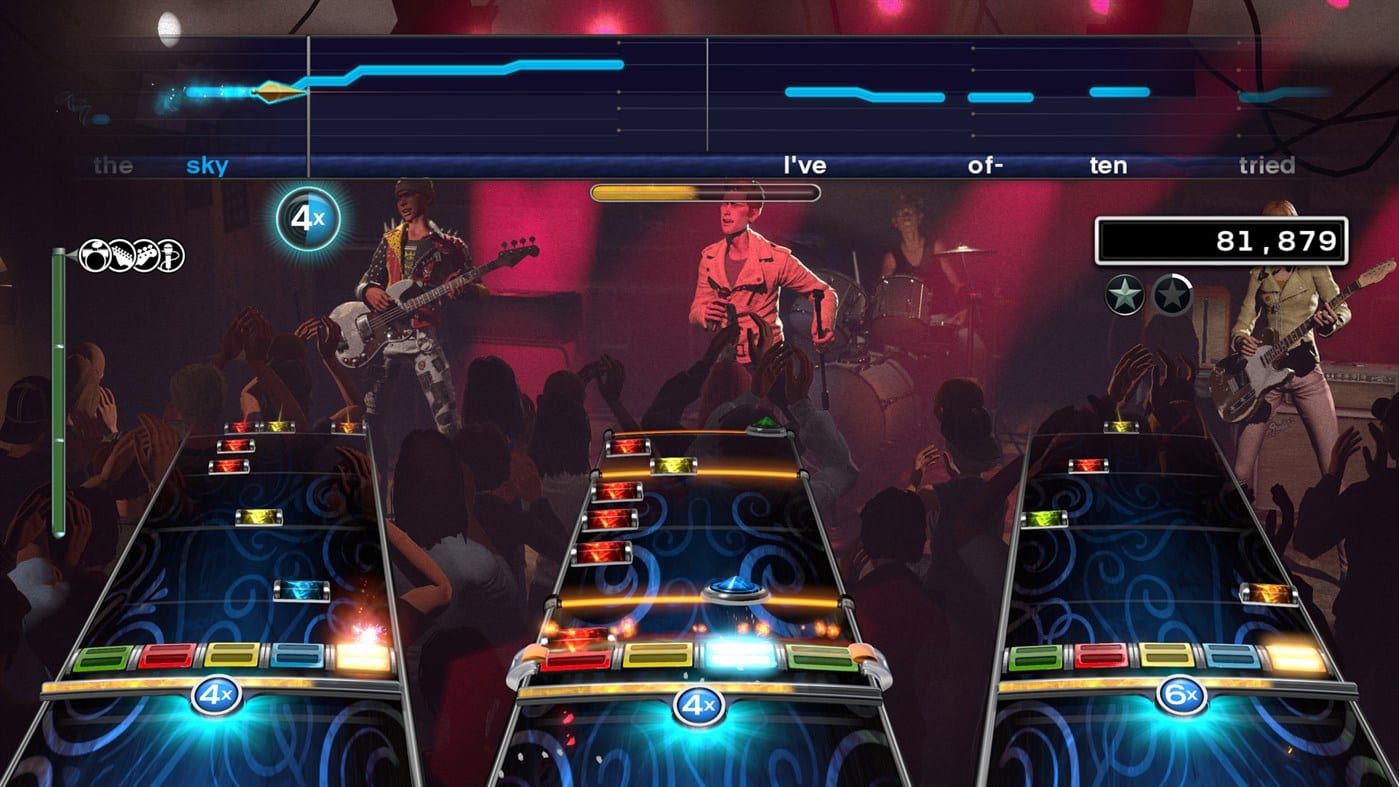 Rock Band 4 studio Harmonix announced that the game, downloadable content, and its various instrument controllers will be backwards compatible with the PlayStation 5 and Xbox Series X.

The developer detailed in a blog post that the game and all of its DLC will be available on the next-generation consoles on day one. The DLC includes all songs that can be purchased now and all song exports from previous compatible titles, such as Rock Band 3 whose export is expiring on Dec. 1.

The save data can be transferred automatically through the cloud on Xbox and PlayStation Plus members, while other PlayStation 4 users can transfer through a hard drive.

The studio mentioned that the game will load significantly faster on both next-generation consoles, and online multiplayer will work across the both Xboxes and both PlayStations.

The physical, plastic instruments of the series will also work with both upcoming consoles. The studio tested various instruments from Mad Catz, PDP, and ION dating as far back as Rock Band 2, though said other instruments should work if the controller worked with Rock Band 4.

E-kit and legacy adapters will work with Xbox Series X, while PlayStation 4 era instruments are connected to the PlayStation 5 through the same Bluetooth accessories setting in the options menu.