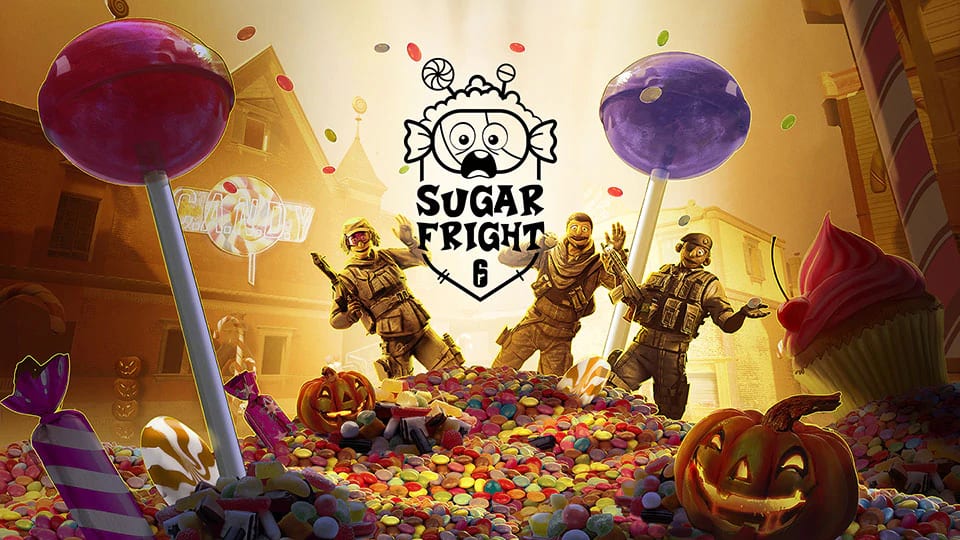 The event adds a new mode called Candy War, where eliminated players drop candy that must be picked up after the kill. Players can also pick up their fallen teammates’ dropped candy to deny points to the other team.

The mode features the ability to respawn for the first time in Rainbow Six Siege. The first team to score 50 candy or the most within the time limit wins the match.

In the new mode, players can only choose selected Operators that have been reimagined as puppets with Capitao, IQ, Nomad, Thermite, and Zofia on attack and Castle, Ela, Frost, Goyo, and Pulse for the defense side.

The puppets skins are on by default in Candy War, but can be unlocked through Sugar Fright packs earned by completing special Event Challenges or buy the packs themselves for 300 R6 Credits or 12,500 Renown each. Buying a specific exclusive Operator’s bundle will cost 1,680 R6 Credits each.

The Sugar Fright event begins in Rainbow Six Siege starting tomorrow, Oct. 27 until Nov. 10 on all platforms. Ubisoft reiterated today that the game will be coming to Xbox Series X and PlayStation 5 as a free upgrade for existing owners, alongside next-gen information regarding Ubisoft’s other properties.