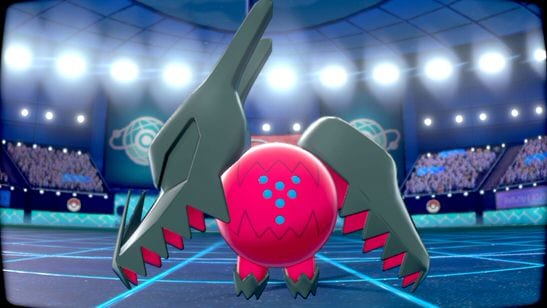 Pokemon Sword and Shield’s Crown Tundra expansion pass DLC has arrived and the big hook this time around is the sheer amount of legendary Pokemon that are hiding out in the snowy mountanious area of Galar. In addition to returning ones, there are new ones as well. One of these new legendary Pokemon is Regidrago. Here’s how to get Regidrago in the Pokemon Crown Tundra DLC.

How to Get Regidrago in Crown Tundra DLC

Regidrago, alongside Regieleki, add to the original Regi trio and form the now quintuplet of Regis for players to collect.

To get Regidrago in Pokemon Sword and Shield’s Crown Tundra DLC, you need to first to catch all the of the original Regi trio: Rock, Ice, and Steel. Check out the guides for each of them if you need help. Add all three into your party and then go visit the Split-Decision Ruins at Three-Point Pass.

Take the right side path to enter to ensure that you enter Regidrago’s chamber.

Before battling it, make sure you have LOTS of Ultra Balls and Timer Balls if you’re not planning on using a Master Ball. It is hard to catch Regidrago and you might be there for a bit.

What will also help is bringing a Pokemon that can sleep and also another that can use False Swipe in order to keep its HP as low as possible and sleeping, without killing it. After 30 turns, your Timer Balls will start to really kick in so make sure to swap to them eventually.

Like the other Regi, Regidrago is a mono-type Dragon. It has 580 base stats with a monstrous 200 HP, 100 Attack, and 100 Sp. Attack, making it a very bulky hybrid attacker. Its 80 Speed stat isn’t great, but it’s also not the worst.

However, Regidrago has some pretty pitiful defenses on both sides. It has 50 Defense and an equally bad 50 Sp. Defense. While its HP will help mitigate that somewhat, it still won’t be able to take great shots.

That’s all you need to know about how to get Regidrago in Pokemon Sword and Shield’s Crown Tundra DLC. Best of luck capturing this rare and elusive Pokemon!