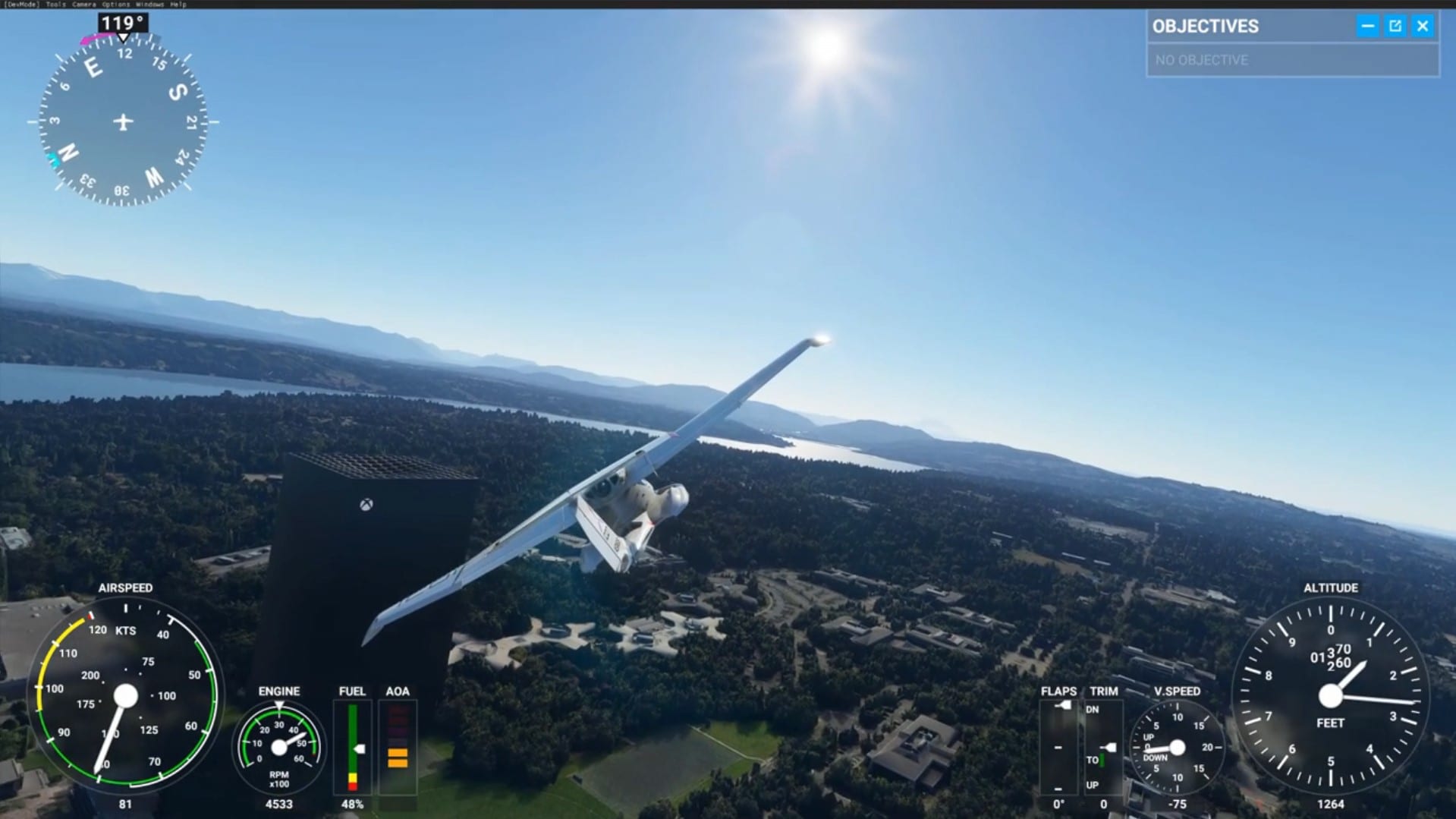 With the Xbox Series X and S launch just around the corner, players are understandably hyped for those consoles to finally be released on the market. To celebrate the upcoming release of Microsoft’s latest consoles, reddit user Oh_Gaz has built a 200m tall Xbox Series X console within Microsoft Flight Simulator 2020.

You can take a quick look at the replica in the video down below:

I modelled a 200m Xbox SeriesX for Microsoft’s HQ @ Redmond, Washington from r/MicrosoftFlightSim

Fittingly, the console itself has taken the place of Microsoft’s actual headquarters in Redmond, Washington. Considering the fact that the Series X’s upright form factor actually does make it look somewhat like an office building, it feels like a good fit and replacement for the HQ building in Washington.

The replica itself is pretty impressive as well. The entire console has been recreated here, right down to the vents and ports at the back of the console.

The Xbox Series X is set to be released on Nov. 10. Microsoft Flight Simulator 2020 is now available on the Xbox One and Windows 10 devices if you’d prefer to play it on PC.