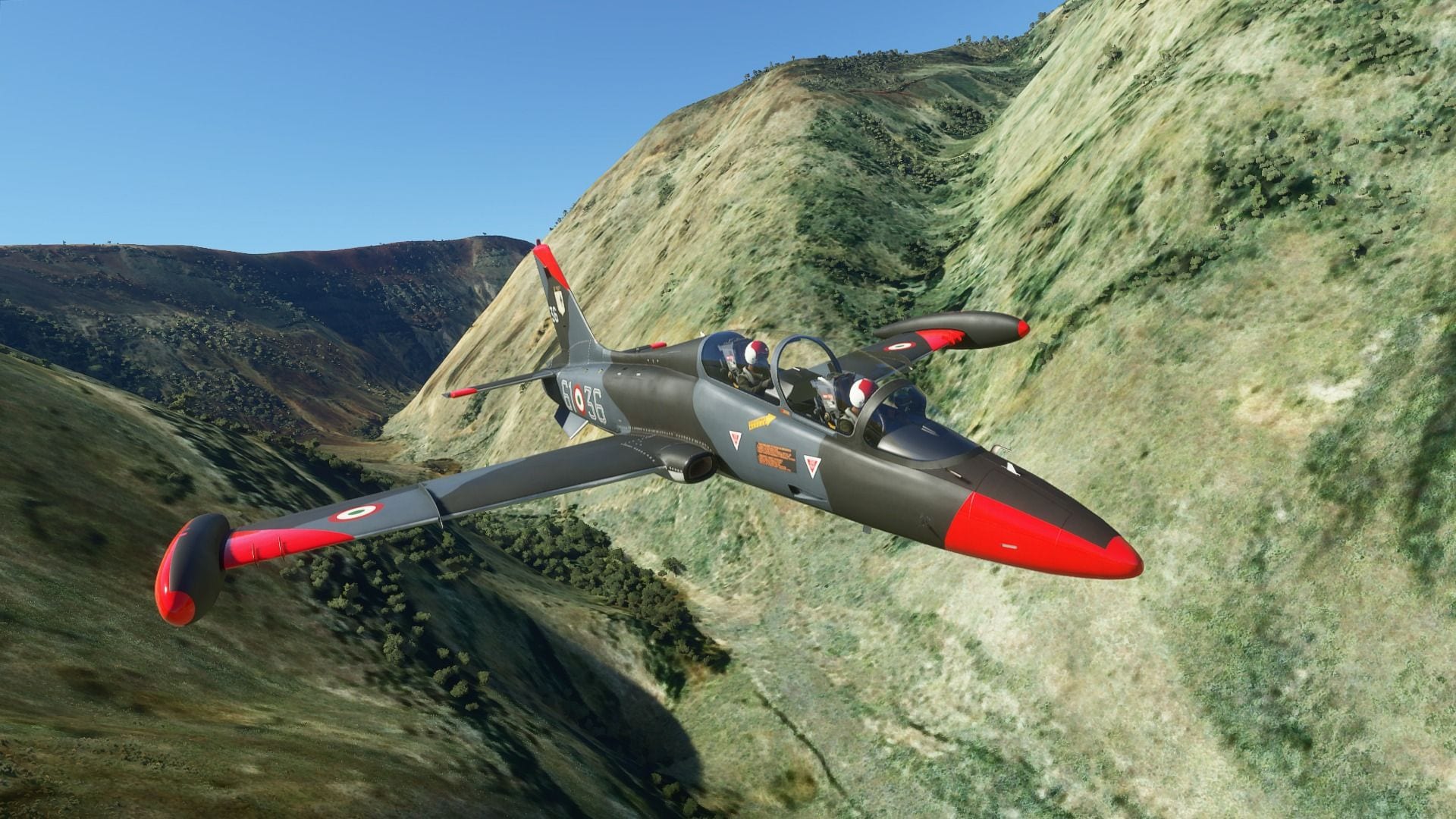 Microsoft Flight Simulator received its first military jet add-on last week, so I decided to put it through its paces.

The Aermacchi MB-339 is a military jet trainer built in Italy and used by the country “Frecce Tricolori” military aerobatic team.

It’s a lovely, nimble aircraft that has been used in attack roles in multiple theaters of operation, so it’s the perfect ride for a challenge.

The American military uses the area around Death Valley in California for its own training. There’s a specific route called Sidewinder Low-Level Course that goes up the winding Kern River Valley and down Panamint Valley, offering a fascinating set of challenges.

One of its most interesting aspects is the so-called “Jedi Transition,” which includes the Rainbow Canyon, nicknamed “Star Wars Canyon” due to its similarity with the iconic planet Tatooine. Incidentally, it’s a well-known and popular planespotting area.

Of course, this is reproduced in detail in Microsoft Flight Simulator, which includes scenery for the whole world.

As George Mallory implied, if something “is there,” it should be challenged. I took off from the US Navy base of China Lake and flew through the course with its canyons as fast as I could without smashing the aircraft into the rocks.

Below you can enjoy the full video. If you want to skip the startup procedure and en-route flight, the exciting part starts at 18:00 as I enter the Kern River Valley, while the Star Wars Canyon is at 37:11.

Incidentally, recently Microsoft announced that the next free world update will feature the United States following the first that featured Japan. A new patch was released last week.