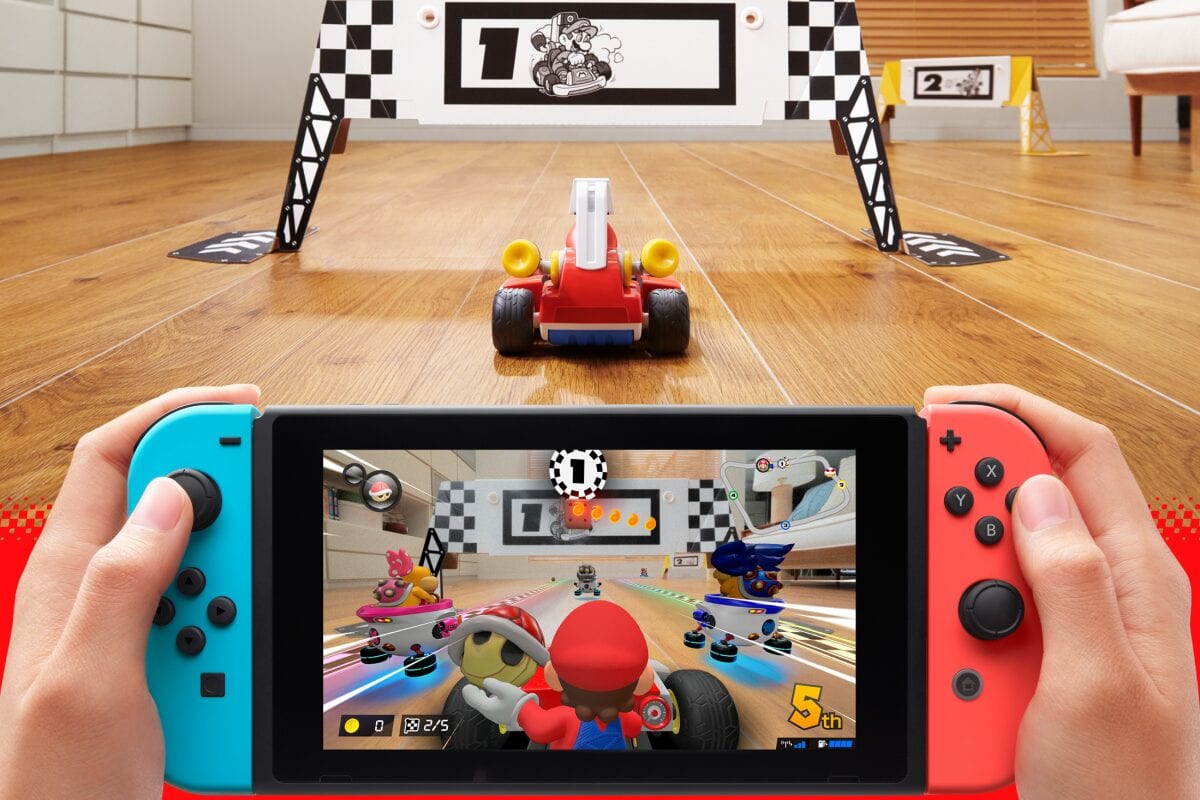 A few weeks back, Nintendo announced Mario Kart Live: Home Circuit, a Mario Kart game that makes use of AR technology to bring the exciting races right to your own living room. Just today, Nintendo released an overview trailer of the game, showing what we can expect from it, along with a dev interview video that dives further into the creation and development process.

And here’s the dev interview:

Setting up the game seems relatively simple, as you simply need to place the four gates around your living room, then drive through them to create a course layout. Players are basically given free reign here as you can essentially create whatever kind of unique course you can imagine, as long as you can complete it.

According to the press release:

“A range of well-known items from the Mario Kart series are present, including slippery Bananas, ink-spilling Bloopers and even Bullet Bills that enable the kart to surge around the course at high speed, steering itself.
Different environmental themes, such as underwater, volcanic and retro, spice things up further by introducing a variety of in-game hazards and features –all of which affect the kart in real life. Collecting coins in-game will also unlock customization options, allowing players to spruce up their on-screen look with different costumes and kart types.”

Here’s a quick overview of the different modes you’ll get to play through in Mario Kart Live: Home Circuit, in addition to the main Grand Prix mode:

Mario Kart Live: Home Circuit is set to be released on Oct. 16.