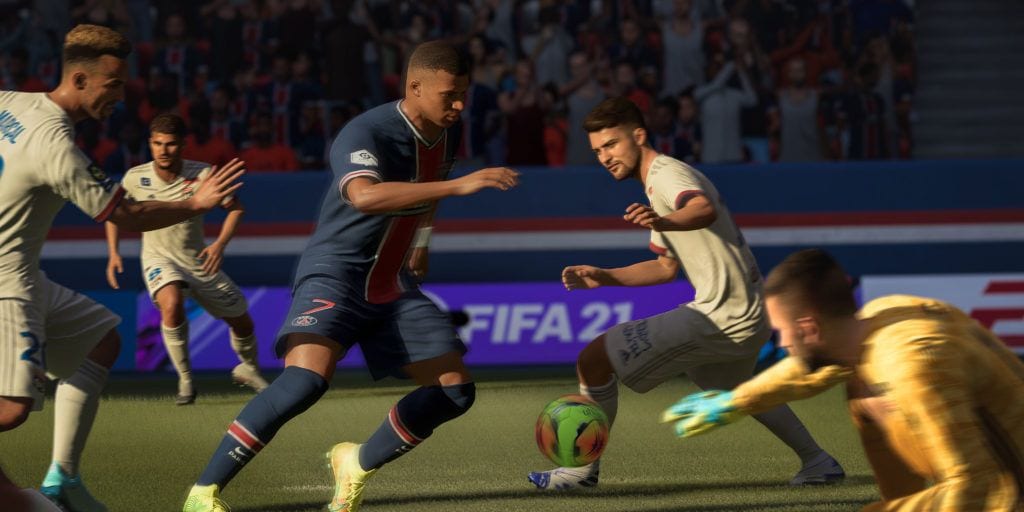 Pro Clubs is the most underrated mode in FIFA 21 and has been for quite some time. In this mode, you’ll bunch together with a group of friends, each taking a position and controlling a player in your side’s starting XI. It’s then a test of teamwork, skill, and communication to see which team comes out on top. Tactics are key to giving your team the upper-hand in Pro Clubs, and your formation is the foundation of this. In this guide, we’ll talk you through the best Pro Clubs formations in FIFA 21.

Having spent a good chunk of time in FIFA 21’s Pro Clubs mode, we’ve found that the 4-4-2 (Flat) formation is arguably the best you can use.

This should come as no surprise to Ultimate Team players, who have also found that a standard 4-4-2 has proven to be particularly effective following FIFA 21’s gameplay changes over last year.

As crossing the ball is now a more viable option for scoring in FIFA 21, the 4-4-2 makes it easy for you to quickly spray the ball out to a player on the wing (either your LM or RM) and then have them quickly cross the ball in to the near or far post.

Using RB + X/ R1+ Square for crossing in these positions is also particularly effective and will whip the ball in at pace for one of your strikers to easily tap into the back of the net.

That being said, you will want to make the most of Custom Tactics, as your left-back and right-back will want to push up the field and join in the attack by default when you’re attacking.

While this does provide extra support in the wide areas of your attack, it also leaves you incredibly vulnerable on the counter-attack. As such, we’d change their custom tactics to stay back while attacking to help protect you from being caught out.

Another one of the best Pro Clubs formations in FIFA 21 has to be the 5-2-1-2. The real benefits here come in the fact the bolstered defense and the use of wing backs.

Having three center backs means your two wing backs can push up and provide width to your attacking players who play more centrally in this formation.

While having these players pushing up in a 4-4-2 would leave you open to a counter-attack on your flanks, this isn’t a problem in the 5-2-1-2. The three center backs don’t leave as much space when the wing backs push up, giving you a bit more stability at the back.

That’s everything you need to know on the best Pro Clubs formations in FIFA 21. For more tips, tricks, and guides, head on over to our wiki, search for Twinfinite, or check out more of our coverage on the game below.