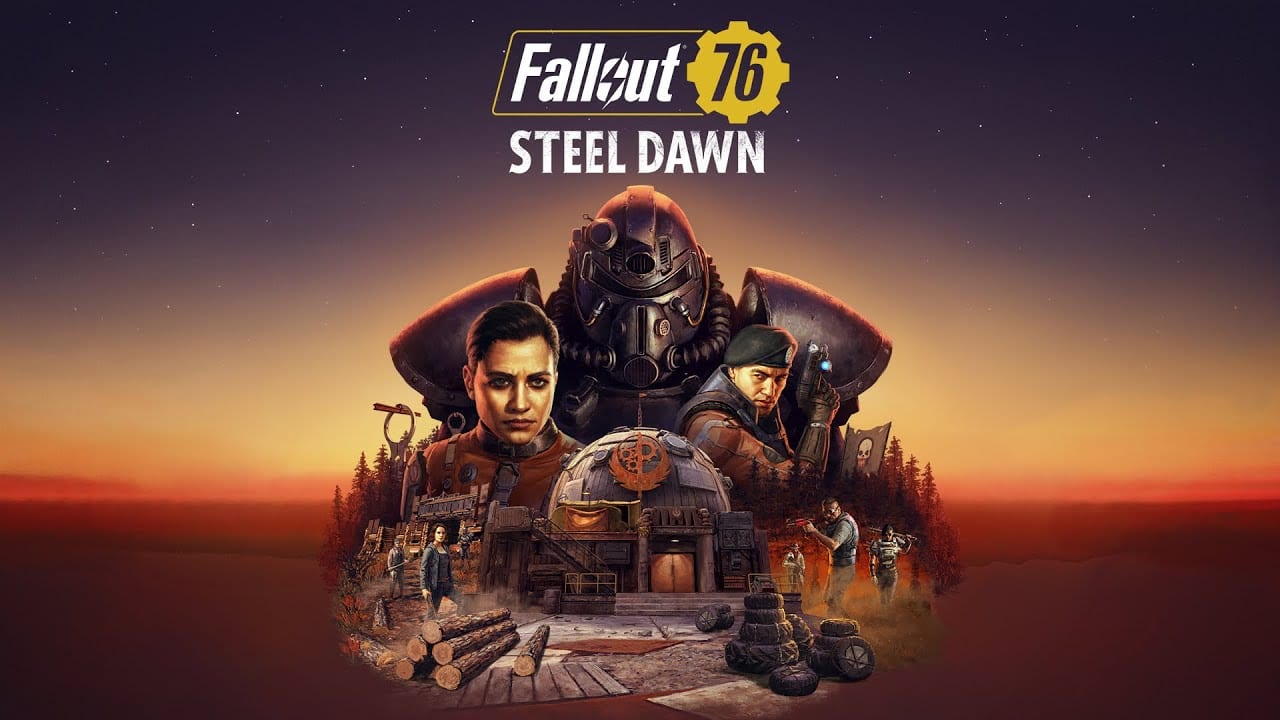 The Dark Brotherhood is coming to Fallout 76, and they aren’t messing around. In a new trailer today the upcoming questline ‘Steel Dawn’ was revealed for the first time, teasing the arrival of a new Appalachian chapter determined to cleanse West Virginia.

A description of the content in today’s trailer tees up the new content’s premise:

“Steel Dawn is the first chapter in the new Brotherhood of Steel questline, free for Fallout 76 players. Paladin Leila Rahmani and her troops have arrived from California to establish a new Appalachian chapter. Work with or against the other Factions to achieve success.

Visit settlements populated with new NPCs and unlock powerful weapons and armor from the Brotherhood arsenal. Join in their mission to rebuild society and aid in securing valuable technology – but only you can determine how it will be used.”

Steel Dawn is a free content drop for Fallout 76 players set to launch later this winter in December. It will be available across all platforms.

The update is the final in Bethesda’s planned roadmap for the game, called Fractured Steel, which it released back in May.

Fallout 76 recently came to Xbox Game Pass and is available for anybody with a subscription.