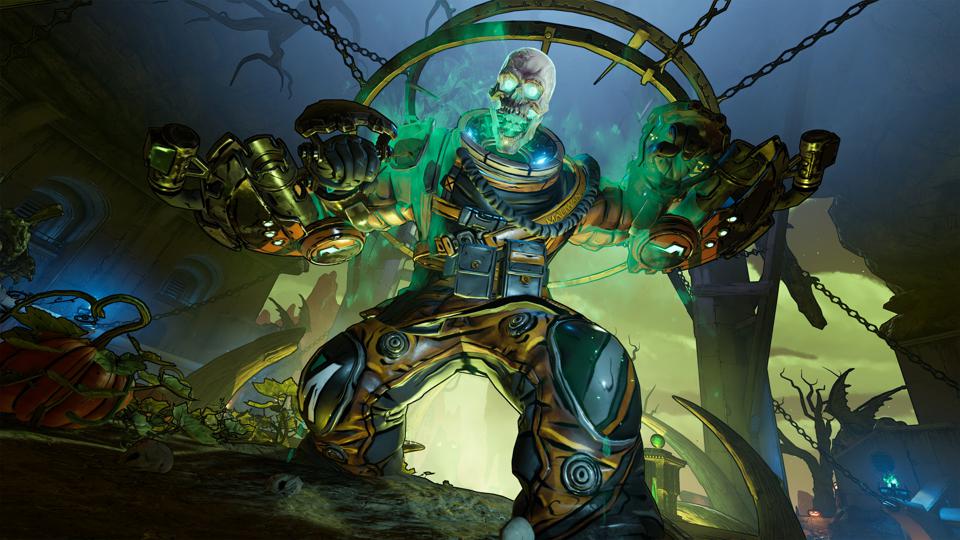 Borderlands 3’s Bloody Harvest event has begun, and the latest hotfix for the game aims to optimize players’ experience as much as possible.

In a post to the official Borderlands website made on Oct. 8, developer and publisher Gearbox detailed what players could expect from both the event and the changes being introduced in light of it kicking off. as with last year, the Bloody Harvest will offer new weapons for players to earn from special variants of enemies, and said weapons will offer special buffs and skills to implement in battle.

However, Borderlands 3 players will need to be wary of the Terror status effect, which can be inflicted on them by enemies in the event. Those afflicted with Terror will suffer reduced aim and visibility, though they may also be able to take advantage of special weapon abilities as a result.

As with last year’s Harvest, the event will run until the first week of November; specifically, Nov. 5 at 9 a.m. PST and can be disabled at anytime from the main menu.

In terms of the changes being made to the overall Borderlands 3 experience, a new hotfix offers tweaks and improvements running the gammut. Some fixes will address glitches reported in DLC and other portions of the game, while others will adjust how viable certain weapons and class mods are.

Some of the biggest improvements will come in the form of buffs for those playing as Zane the Operative. Following player feedback, Gearbox has further buffed the character with improvements to their class mods, which will now power Zane up in an attempt to better scale him for end-game content.

It’s a lot to take in, and active players will definitely want to check out the full patch notes for themselves here.

Borderlands 3 is currently available on PlayStation 4, Xbox One and PC. For more on the title, check out our coverage of the recent news that the game will receive next gen ports.