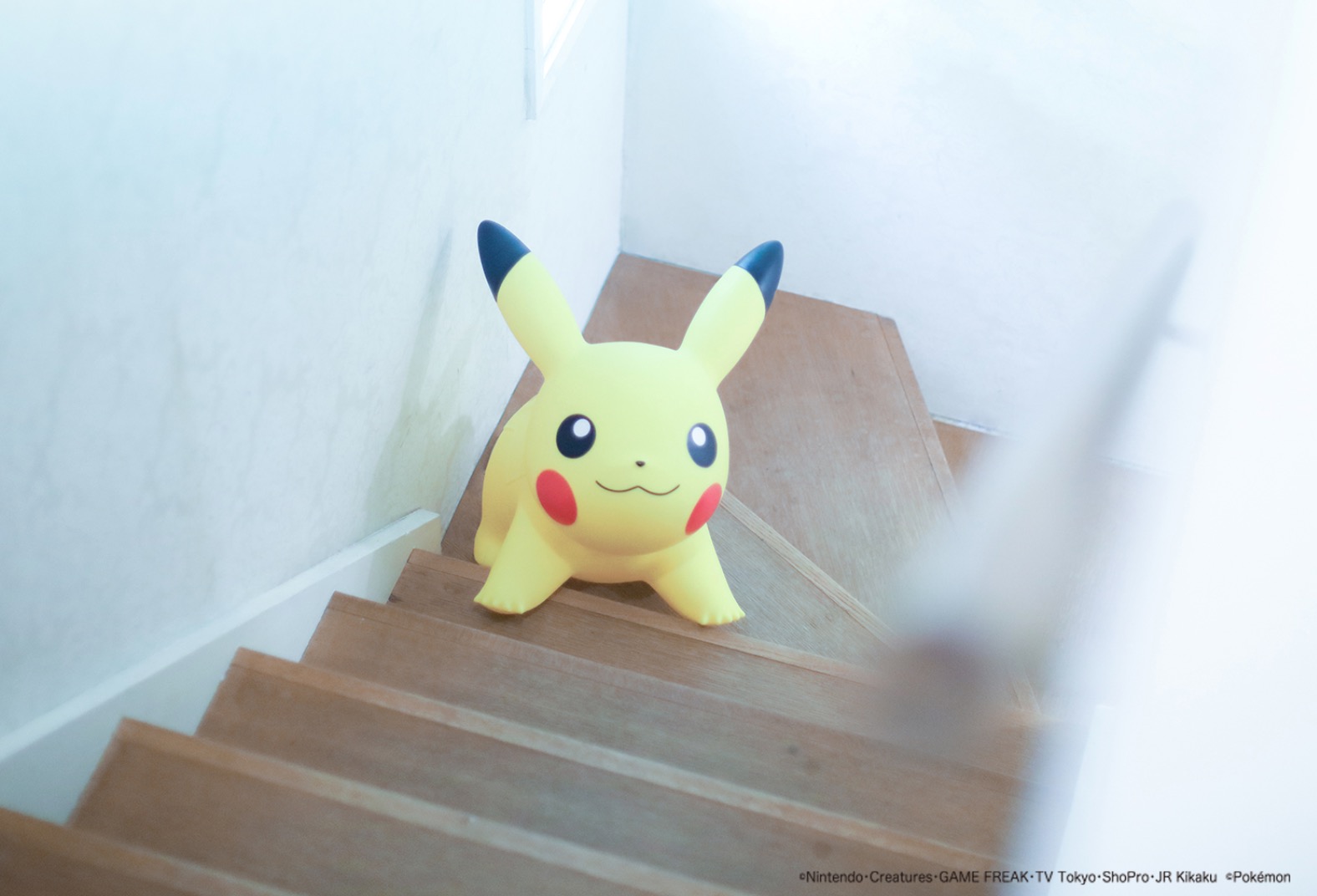 I didn’t think that I would be writing about an inflatable and rideable Pikachu toy today but yet here I am. Pokemon Air is not a new Pokemon gaming experience but instead a large Pikachu that can be used as a decoration for your home, an armrest after a long day’s work, or even just as a cozy friend to snuggle up with.

Pokemon Air has only been announced for Japan, with pre-order sales starting on Oct 1 for the price of ¥8,250, which translates to about $78 USD.

The Pikachu has a load capacity of up to 220 pounds, allowing both kids (and some adults) the chance to hop on the Electric-type mouse Pokemon and ride it into the sunset… or whatever else you can do with a “life-size” Pikachu toy.

And be careful if you do take it outside because according to the official Pokemon Air site, it’s not recommended due to the possibility of sharp objects creating a hole in the product, which is something that we don’t want to see happening. Kids will surely be scarred for life if they witness Pikachu exploding like a popped balloon or something.

This might not be the sequel to Pokemon Puzzle League that I’ve wanted for forever now, but it’s still neat to see The Pokemon Company experimenting with different types of merchandise. If I was still a Pokemon-obsessed seven-year-old, I would be all over this.