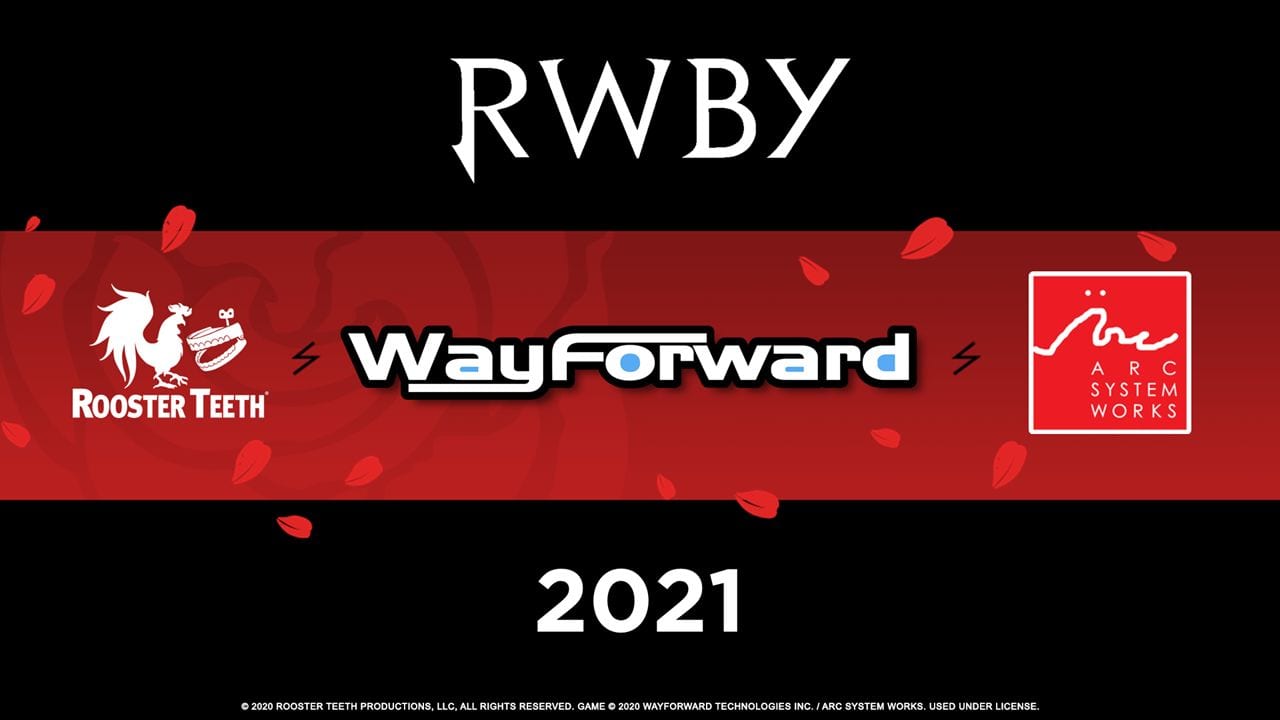 The game will be based on an original story by the show’s writers Kerry Shawcross, Miles Luna, and Eddy Rivas.

No further information was provided besides the following:

“The upcoming game will let players take control of Team RWBY — Ruby Rose, Weiss Schnee, Blake Belladonna, and Yang Xiao Long — and use their trademark weapons and abilities to deliver the stylish action that has made RWBY a sensation with audiences worldwide. “

The press release included a comment from WayForward’s Voldi Way.

“It’s a massive honor to be trusted with a beloved brand like RWBY.

Collaborating with the innovators at Rooster Teeth has been a blast, and we think the characters, personality, and style of RWBY are a great match for WayForward’s design sensibilities. We hope that fans are looking forward to seeing their favorite Huntresses in action as much as we’re looking forward to bringing the game to them.”

We also get a statement from Arc System Works chief producer Toshimichi Mori.

“To this day and date, I still cannot forget the awe when I first saw Monty’s RWBY.

At the same time, I cannot thank enough to all of Rooster Teeth for giving us the chance to have RWBY participate in Blazblue Cross Tag Battle. We are also in deep gratitude to WayForward for bringing us River City Girls. And now that we’re all in this new RWBY project, I am tremendously thrilled to the coming of this new masterpiece.”

Last, but not least, we hear from writer Kerry Shawcross.

“As huge fans of WayForward’s and Arc System Works’ past games, we could not be more excited. Bringing a new RWBY game to life in one of our favorite genres, and with two of our favorite developers, feels like a dream scenario to us.”

This is not the first time Arc System Works handles the Rwby IP, was characters from it were already included in BlazBlue Cross Tag Battle.