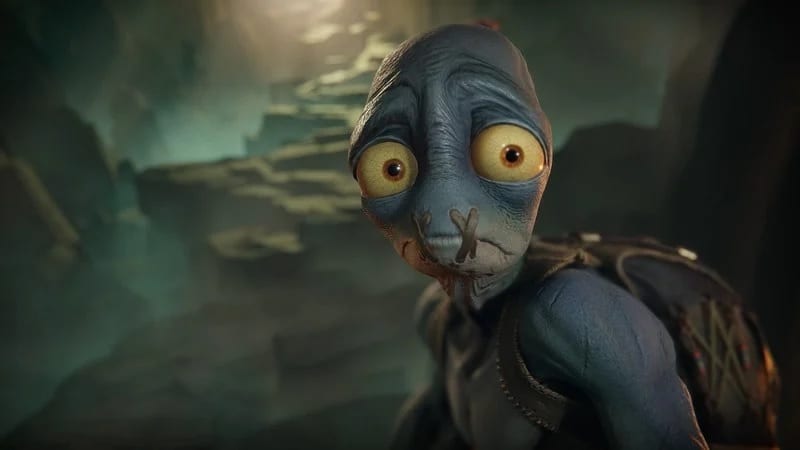 Abe is fresh off the back of freeing his people, but the journey has only just begun in the most recent PS5 showcase trailer detailing his return in Oddworld: Soulstorm.

The trailer shows off a much different looking Oddworld than what we’ve seen in the past, as it’s bigger, bolder, and far more brutal. Abe is show platforming around dangerous terrain, leading, and working with his team to get the job accomplished.

The game’s 2.9D environments is set to give players far more freedom to explore this time around as well. New areas include environments such as Gorge, Sorrow Valley, and Feeco Depot.

Another cool feature comes via the PS5’s DualSense controller. As Abe scurries around trying to save his followers, you’ll be able to feel his heart palpitations in correlation with the action on screen.

Last but not least, Abe will now be able to scavenge the environment, picking up items he can use to craft tools. He’ll be able to pickpocket, search through lockers, and find hidden paths with plenty of good loot on them that’ll surely aid the escape.

Oddworld: SoulStorm is the first game in the series since 2014, continuing the story of Abe: a Mudokon who attempts to free his people from tyrannical rule. It picks up right after the events of the last installment, New ‘N’ Tasty, where the Mudokon find themselves on the run from Molluck.

Oddworld Soulstorm will be a PlayStation console exclusive for PS4 and PS5, but it will also be coming to PC at the same time.

No release date for Oddworld Soulstorm is known at this time. There is sure to be more information regarding the game out shortly, so be sure to check back as the story develops.

For more PS5 news in general, stay tuned to Twinfinite, as we’ll be covering the entire event, detailing all of the games and announcements that come from Sony’s latest showcase.