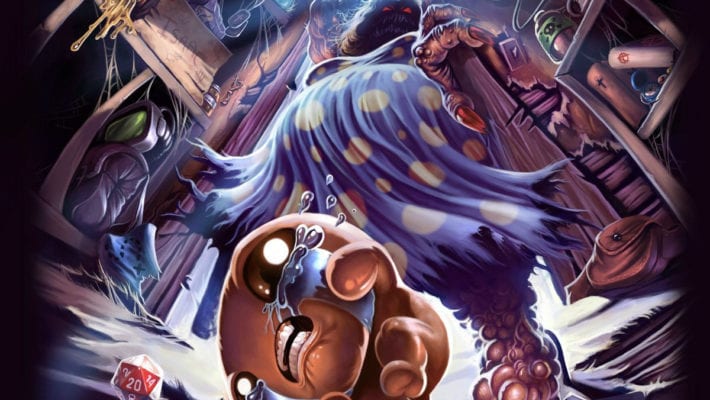 In a blog post made to Steam on Sept. 28, series creator Edmund McMillen revealed that Repentance had officially been listed for pre-order on Steam and was 90 percent complete. The expansion is currently slated for a tentative release date of Dec. 31, 2020 on PC. Info on what kind of new content the expansion will entail is set to be revealed through blog posts slated for publishing from mid-October on.

The Binding of Isaac: Repentance is set to feature a wealth of new content, so much so that McMillen compares it to a full-on sequel of sorts and says it’s on par with the amount of content added to the original flash game since Rebirth.

“I’ve been working closely with the team to ensure that this is the ‘Sequel DLC’ you’ve always wanted,” McMillen wrote. “The team has gone above and beyond and we’re really proud of how the game is coming together and I have a feeling you’re gunna shit your asses when you get your hands on it.”

McMillen likewise confirmed that there were console versions in the works. However, he stated that Tyrone Rodriguez, founder of Binding of Isaac’s publisher Nicalis, would be the person to reveal any news regarding when the release date for the expansion on consoles would be.

Which consoles the expansion might be released on has not been confirmed at this time.

The Binding of Isaac: Repentance is currently slated for release on Dec. 31 on PC via Steam. For more on all things related to the series, check out our review of The Legend of Bumbo, a turn-based spin-off title focused on a fan-favorite character from the original game.