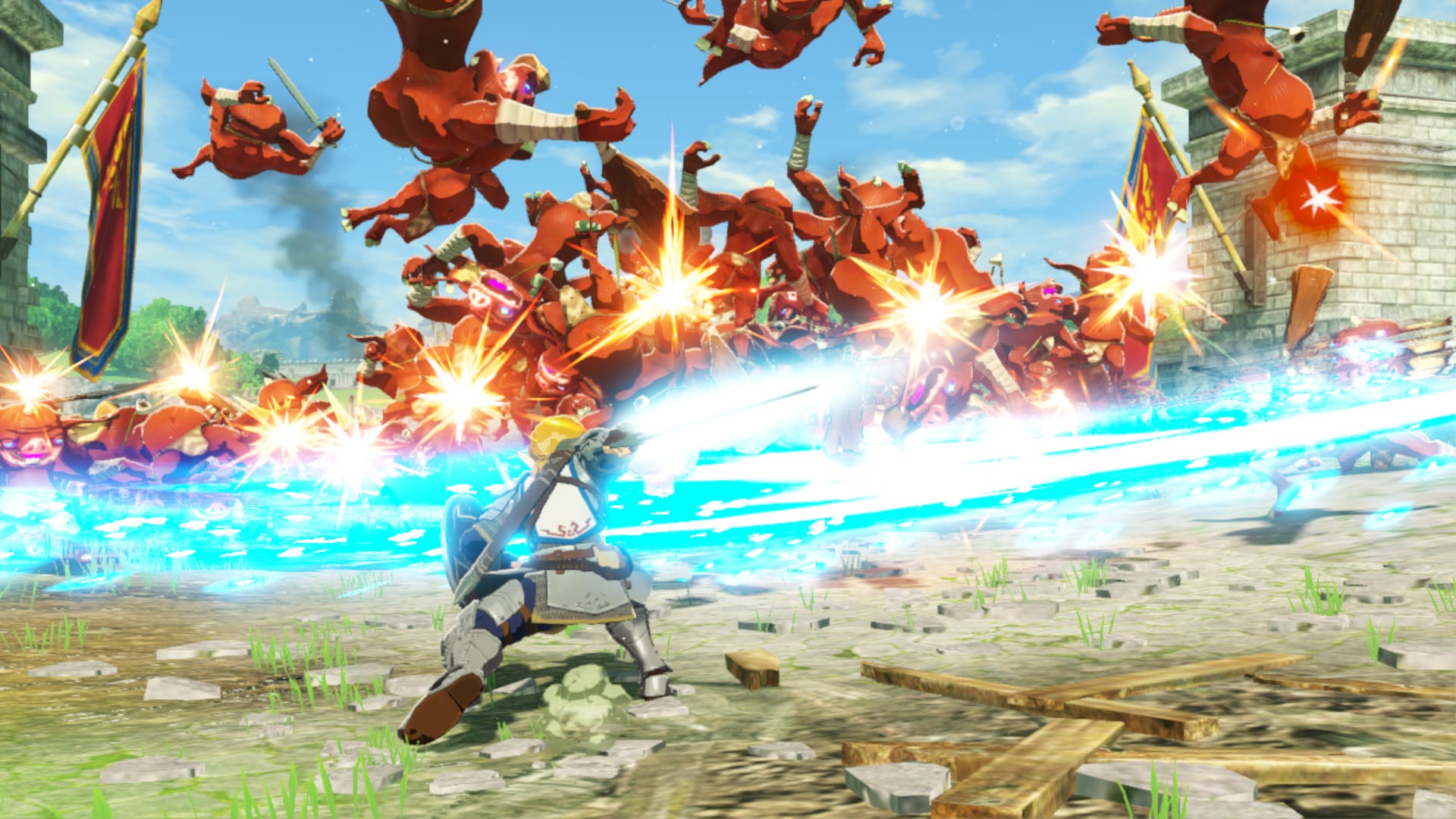 It’s that time of year already, and the Tokyo Game Show has come and gone again. As usual, TGS served up a bevy of announcements and new trailers for some of the hottest games coming out of Japan in the not-too-distant future.

TGS 2020 was a little different, being presented as a series of live streams and showcases instead of a physical event due to the COVID-19 pandemic. The games themselves, however, did not disappoint. Let’s take a look at some of the very best titles shown, in no particular order.

Set almost a century before the events of Breath of the Wild, Age of Calamity takes place during the apocalyptic rise of Calamity Ganon, and chronicles the last doomed days of the Kingdom of Hyrule.

We were treated to both a new story trailer and our first look at gameplay and you can check both out right here. Age of Calamity is coming exclusively to the Nintendo Switch on Nov. 20, 2020.

A remaster of 2010’s NieR, RepliCant retains the gameplay of the original release, but with a new coat of graphical paint to bring the game more in line with its sequel, 2017’s NieR: Automata, while retaining the series penchant for eccentricity.

The original NieR received a somewhat mixed critical reception, praised for its high-concept narrative and evocative theming, but was let down by some fairly mundane gameplay mechanics.

With improved animations, quality of life changes, and a whole new lease on life, NieR Replicant ver.1.22474487139 looks to be the definitive way to experience this dark classic.

We got a release date (Apr. 22, 2021, in Japan and Asia, Apr. 23 in Western territories) and a somber trailer at TGS 2020 that suits the tone of the game quite nicely, and you can watch it for yourself here.

The Medium is an upcoming psychological horror game being developed by Bloober Team, set in a nightmarish world inspired by the artwork of dystopian surrealist, Zdzisław Beksiński.

Maybe the coolest aspect of The Medium is its intriguing Dual-Reality gameplay mechanic. Players are able to walk in two worlds at once, moving through both simultaneously in order to overcome puzzles and open new paths. The screen is divided vertically, and you are able to see both planes concurrently.

It’s a pretty interesting concept and should make for some really creepy moments. See how it looks in motion right here.

Nioh 2: Darkness in the Capital

Darkness in the Capital is the second expansion for the PS4 exclusive Nioh 2, and like The Tengu’s Disciple before it, provides plenty of reasons to return to the supernatural world of feudal Japan in which the game takes place.

There will be tough new boss encounters to overcome, armor sets to acquire, and even a new weapon type to experiment with, in the form of the Hand Knuckles, in addition to new areas and storylines to explore and uncover.

Releasing Oct. 15, 2020, players won’t have long to wait, but to tide you over you can read more about it here, and enjoy some of the beautiful key art that was debuted alongside the announcement at TGS 2020.

Dragon Quest XI: Echoes of an Elusive Age – Definitive Edition is, in addition to being a mouthful, the epitome of the age-old adage, “If it ain’t broke, don’t fix it”.

A classic turn-based JRPG under the hood, Dragon Quest XI plays in much the same way as the first game in the series did, just with a lovely modern art style and all the quality of life improvements players have come to expect in the modern era.

The Definitive Edition shown at TGS 2020 comes with even more content, making this already monstrous adventure one you can lose yourself in for weeks on end if you so desire. You can read up on all the additions included here.

Revealed during TGS 2020, Dynasty Warriors 9 Empires is releasing on almost every platform you can imagine at a yet-to-be-revealed date in 2021. The Empires series of spinoffs focus more on strategy than the mainline games but are no less action-packed.

Based on the characters and events of the classic Chinese 14th century Romance of the Three Kingdoms novels, the Dynasty Warriors series of games is renowned for its incredibly large scale action combat, with melodramatic warriors often able to hold off thousands of lesser combatants single-handedly.

Ther announcement of Dynasty Warriors 9 Empires was announced as a part of the series 21st-anniversary celebrations, alongside a Dynasty Warriors mobile game. You can read more about both games for yourself here.

Scarlet Nexus is an upcoming JRPG from Bandai Namco, and a story trailer was shown off during TGS 2020, giving fans the chance to hear the game’s English voice cast for the first time.

Taking place in the far-future, Scarlet Nexus has players battling deranged mutants that have fallen from the sky that are impervious to conventional weaponry, and humans with psionic powers form Earth’s last line of defense in this stylized action-RPG.

Scarlet Nexus is being developed by some of the folks behind the fantastic Tales of Vesperia, and looks pretty awesome. You can read more about it right here.

The Atelier games revolve around an incredibly in-depth crafting system and of course, spunky and upbeat heroes and heroines. These are fairly light-hearted games and can be a refreshing change of pace for genre veterans looking for something a little different.

It was announced that Atelier Ryza 2: Lost Legends & the Secret Fairy is coming to the PS5, in addition to PS4, PC, and the Nintendo Switch. You can check out the trailer for yourself right here.

Monster Hunter Rise is an exclusive Nintendo Switch mainline Monster Hunter game, and we got our first glimpse of gameplay during TGS 2020.

The Monster Hunter series has had a massive resurgence, thanks mostly to the fantastic Monster Hunter World, released in 2017. Rise is shaping up to be a great release in its own right, and with the series’ being almost synonymous with handhelds, is sure to find an eager a ravenous audience.

Monster Hunter Rise is coming out Mar. 26, and if you want to see the game in action, check out the new trailer for yourself here.

What were your favorite games shown during TGS 2020? Let us know down below!