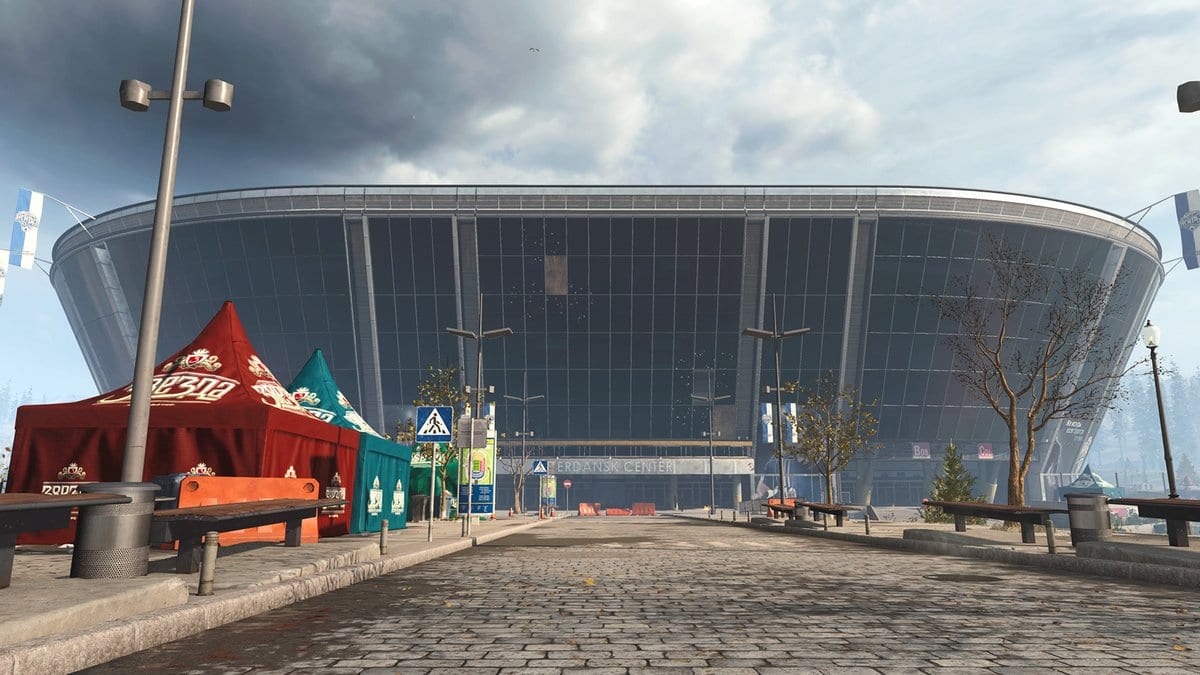 A new final trailer has been released for Season 5 of Modern Warfare and Warzone, showing off the new multiplayer maps and how Verdansk will change dramatically.

The Warzone changes are the most notable, with the stadium roof coming off to add a brand new area to the map and a train careering through the map.

What exactly you find inside the stadium isn’t quite clear in the Season 5 trailer, but there seems to be multiple rooms and levels to the location.

Also, the train seems to have guns attached and you can ride on top of it. However, it’s not clear exactly how the train’s arrival will work. Will it be a new event to be mixed in with the Fire Sale, Jailbreak, and Supply Choppers, or will it be something that’s in every single game. We’ll have to wait until Season 5 begins to find out.

If you look carefully, it also seems like there’ll be a zipline added so that you can get from the bottom to the top of Prison easily, and it may come to other parts of the map, such as the tall buildings in Downtown.

Elsewhere, the Season 5 trailer revealed the new maps that will be coming to Modern Warfare’s multiplayer as part of the update. They are:

Finally, a few new skins, quips and finishing moves were revealed during the trailer, showing off what you’ll be able to unlock with the battle pass and purchase from the Store throughout Season 5.

Season 5 of Modern Warfare and Warzone begins at 2am ET on Aug. 5.