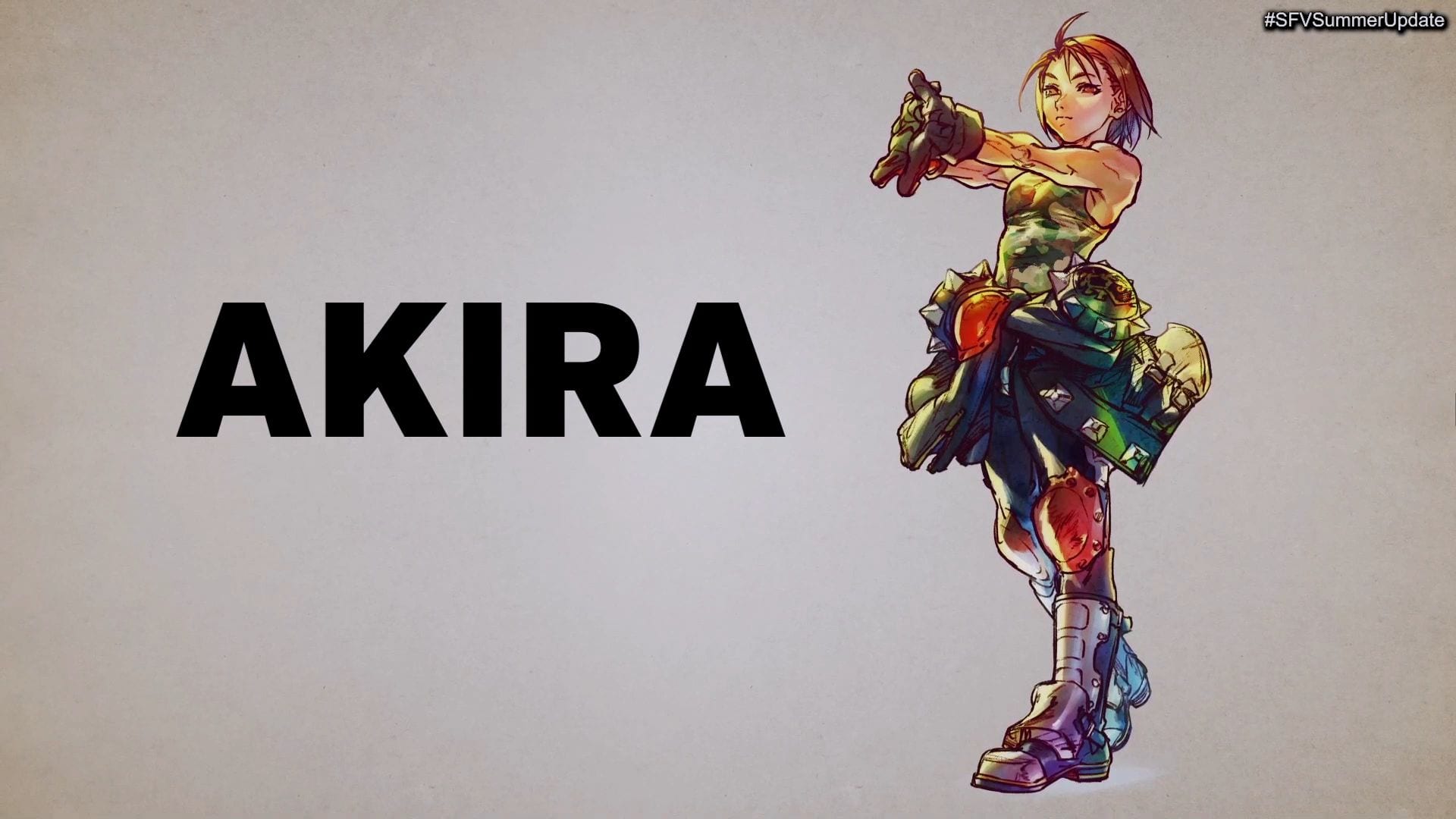 One of the most surprising announcements at the Street Fighter V Summer Update livestream was the inclusion of Akira from the Rival Schools series.

Today the official Twitter account of the franchise shared early sketches of the beloved classic character from the development team.

While they’re indeed quite early, since Akira will be released in a whole year (summer 2021), it’s still quite nice to see how she’s shaping up, especially for an old Rival Schools fan like me.

The other announced characters for the new season pass are Dan, Rose, Oro, and a fifth one who hasn’t been revealed just yet.

You can check Akira out below.

If you’re unfamiliar with Rival Schools, it’s certainly the most “anime” among Capcom’s fighting franchises of the past. It debuted in 1997 on the original PlayStation with the Japanese titled Shiritsu Jasutisu Gakuen: Legion of Heroes, followed by Moero! Justice Gakuen (Project Justice) for Dreamcast in 2000. Multiple Capcom developers including Ideaki Itsuno have expressed the desire to bring it back, but for now, we’ll have to be content with Akira.