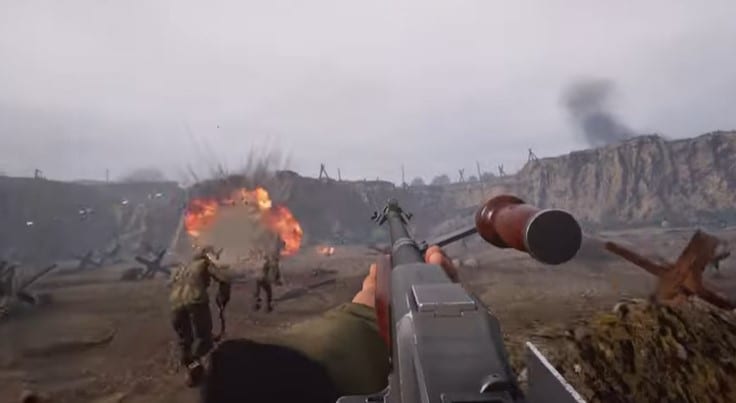 Earlier today during the Gamescom 2020 Opening Night Live stream we got an extensive look at the story elements as well as some gameplay in the VR shooter, Medal of Honor: Above & Beyond.

Medal of Honor Above & Beyond is the very first game in the franchise to be completely in VR. It follows the story of an OSS operative that plays a part in turning the tide of the war in favor of the Allied forces.

And since you’re a part of the organization that eventually became the CIA, we see a few cool spy tools and contraptions like a door that opens when certain keys are pressed on a piano.

The three acts will focus on the planning of D-Day, D-Day itself, and combating the Nazi secret weapon program. That means we’re going to get an up-close and personal look with the infamous V-2 rocket.

And you can finally try out the VR fps action from this brand-new trailer when Medal of Honor: Above & Beyond launches exclusively for Oculus Quest and Oculus Rift s headsets holiday 2020.

Also, you can check out the official Medal of Honor: Above & Beyond story trailer below.

And if you just can’t get enough new game trailers, then you can find the full Opening Night Live stream below.