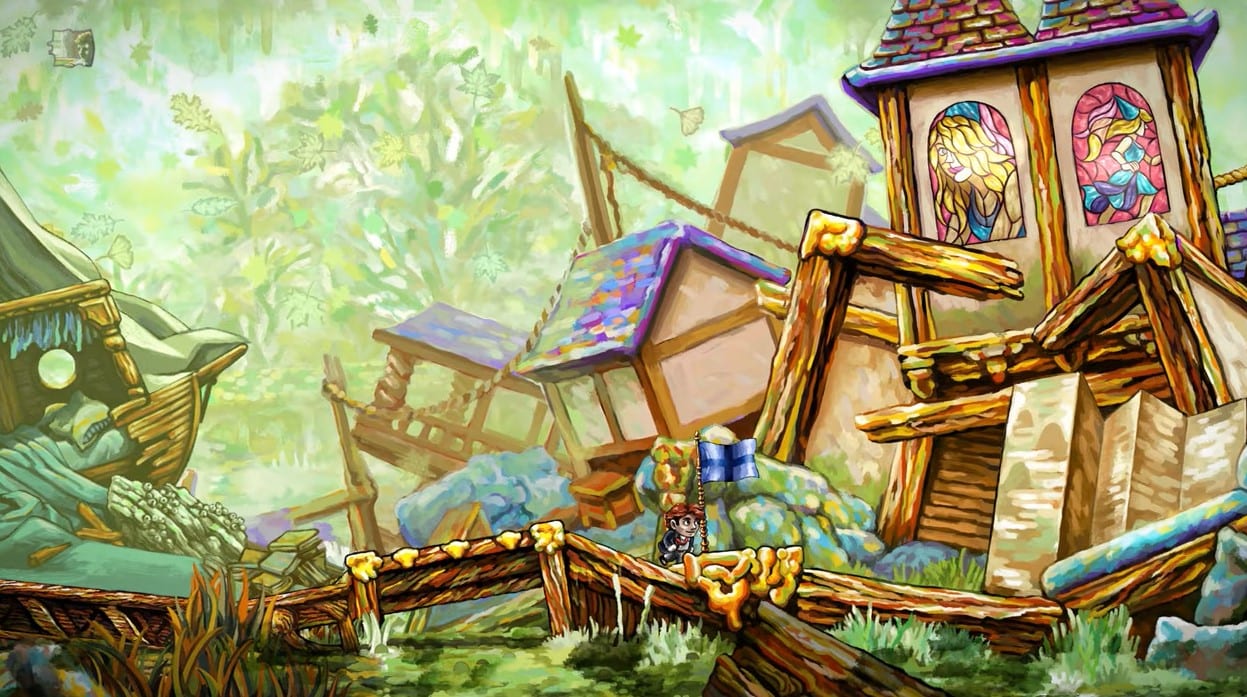 After 13 years, one of the most popular indie games of all time, Braid, is getting a fully re-visualized Anniversary Edition. This platformer that’s all about shifting time is coming to PS4 in 2021.

The trailer begins with a live-action portions that makes several nods to the time shifting mechanics of Braid. The hourglass is an iconic part of the game. And the collectible puzzle pieces are also featured in this intro section.

All the art in Braid Anniversary Edition has been repainted by hand and upscaled to look much smoother on even the latest TVs. There are also moving brushstrokes throughout the foreground and background that give the environments a more life-like feeling.

They’re also going to include tons of improved animations that look more smooth. Best of all, there will be hours of dev commentary that you can listen to throughout the game that they promise will help you learn how games are made.

You can pick up Braid Anniversary Edition when it comes to PS4 in 2021.

And don’t forget to check out the full Braid Anniversary Edition trailer in all its glory below.

And if you can get enough PlayStation reveals, then check out the full State of Play stream below.