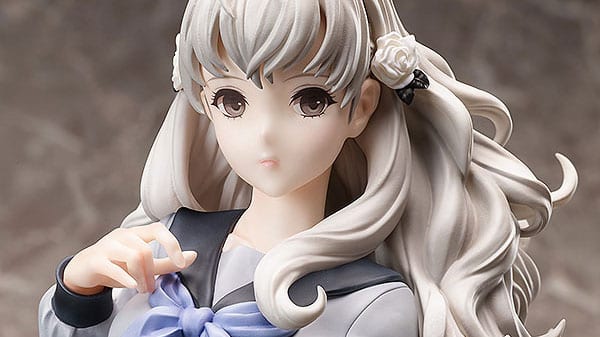 Vanillaware’s 13 Sentinels: Aegis Rim has proved to be quite the cult hit in Japan and it’s soon coming west, so Japanese figure manufacturers are finally portraying its characters.

In particular, Iori Fuyusaka appears to be quite popular and another figure portraying her has been made available for pre-order by FREEing.

You can find it on Ami Ami priced at 23,700 yen, which translates approximately into $225.

Interestingly, she doesn’t belong to FREEing’s popular bunny girl series, but she retains the massive 1/4 scale.

This means that she stands approximately 39 cm tall, which is really big for a scale figure.

She’s sculpted by Morikura of Heartstrings in collaboration with Dragoncraft and she will be released in July 2021.

Below you can find a few images and an official description.

“From the popular game “13 Sentinels: Aegis Rim” comes a figure of Iori Fuyusaka!

From “13 Sentinels: Aegis Rim”, the popular simulation adventure game by Atlus and Vanillaware, comes a scale figure of one of the main characters, Iori Fuyusaka! Iori, known for her rich expressions in the game, has been recreated based on her main visual illustration in stunning 390mm tall size. Her school uniform has been carefully recreated, and the figure features pale, soft paintwork and sculpting to match the original artwork. Be sure to add her to your collection!”

If you’d rather have something smaller and more affordable, there’s also an adorable Nendoroid coming.

13 Sentinels: Aegis Rim releases in the west exclusively for PS4 on September 22.