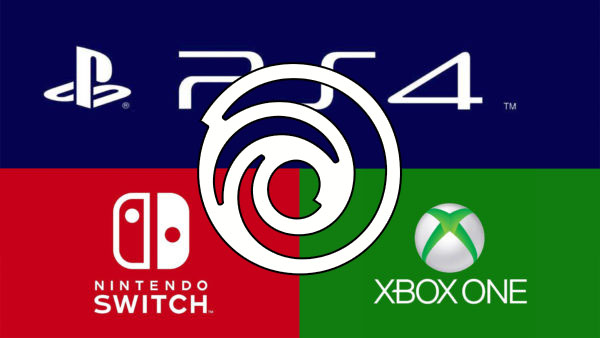 Below you can see a handy table with a summary of the publisher’s results.

“While Ubisoft’s current performance and business prospects are stronger than ever, we nonetheless face a very serious challenge following the recent allegations and accusations of misconduct and inappropriate behavior within our Group. I am determined to make profound changes in order to improve and strengthen our corporate culture.

We already have acted swiftly and firmly, announcing and introducing largescale initiatives intended to transform our organization. Our overriding aim is ensuring that all Ubisoft employees have a safe and inclusive workplace  environment. As a leader in our industry, we have to be intransigent in order to create an exemplary culture where everyone feels respected and valued. This is vital to ensure that all of the talented people who make up Ubisoft feel fulfilled in their jobs.”

“We are investing to create significant long-term value for our teams, our players and our shareholders. We are determined to build a sustainable, inclusive and responsible business. Ubisoft has always learned from the challenges it faces, emerging better and stronger, and I am absolutely committed to making sure it does so again today”

“Our business is excellent. We achieved a record first quarter and significantly exceeded our revenue expectations, with historically high levels of engagement. This performance was driven by the depth of our catalog and the quality of our Live services, which were aided by industry momentum and strong execution from our teams. In particular, the Assassin’s Creed franchise saw an impressive acceleration on the back of the Assassin’s Creed Valhalla reveal.

The next few weeks and months will see us release the industry’s most ambitious line-up, with an unprecedented depth of both paying and Free-to-Play games. Ubisoft Forward was a major milestone and the response from our fans was very promising. We achieved record-high peak concurrent viewership (CCV) during this event, surpassing our previous E3 conferences.

In recent months, the powerful impact of the Assassin’s Creed Valhalla, Far Cry 6 and Hyper Scape reveals, combined with the successful return of Watch Dogs: Legion, allows us to look at the year ahead with confidence.”

On top of that, the press released includes a list of highlights for the company’s quarterly achievements.

As usual, we get a detailed breakdown of net bookings by region and platform and a list of upcoming games coming in the current quarter (until September 30).

PS4 remains at the top of the publisher’s sales with PC following quite a bit behind and Xbox One hot on its heels. Mobile games and Nintendo Switch sales close the ranking.

If you want to compare, you can check out the results related to the past quarter, which were published in May.