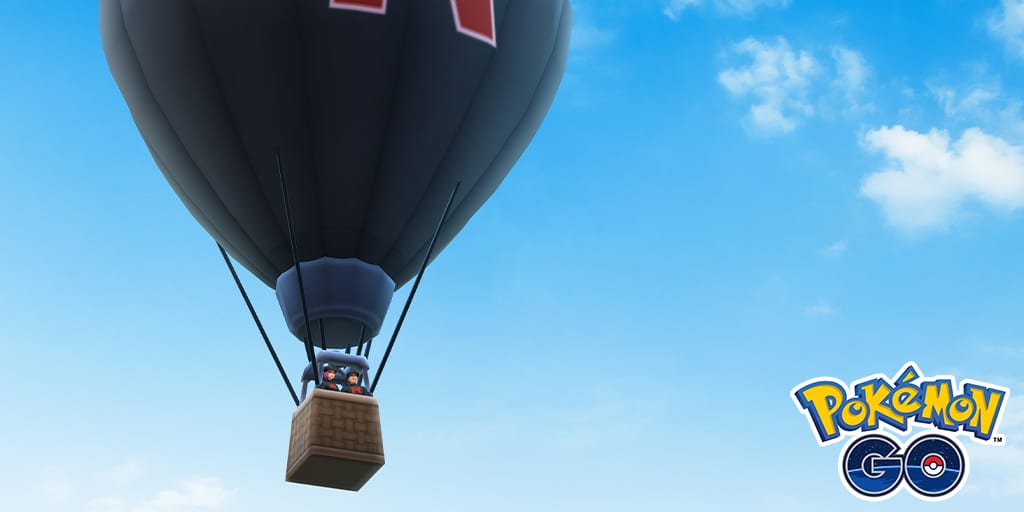 After a week of clues posted on Pokemon GO Live, it looks like Team GO Rocket has finally launched their hot air balloons into the sky. And you’ll be able to find more than just your basic Team GO Rocket Grunts piloting these balloons.

The Pokemon GO Team released a bit of information earlier today detailing how to interact with these balloons. Team GO Rocket balloons will apparently fly around your character for a limited time, so you’ll want to keep your eyes on the game.

If you don’t tap on the balloon in time, then your chance to battle the GO Rocket Grunt will be lost until the next balloon appears. However if you have a Rocket Radar, then you could also encounter one of the Team GO Rocket Leaders (Sierra, Cliff, or Arlo).

Better yet, The Pokemon GO Team also revealed that if you have a Super Rocket Radar, then you might even find Giovanni in one of these balloons. There’s no indication if this is a permanent addition to the game, or if it’s just a new feature to make GO Rocket battles playable from home.

The Pokemon GO Team also hinted that these balloons may play a role in the upcoming Battle Timed Research:

Hopefully this will be the extent of their mischief and they’ll surrender now before we have to prepare for more fights. But just in case…we might have to revisit the original plan for the GO Fest Weekly Challenge: Battle Timed Research. Stay tuned for more updates on what that Timed Research will now entail, as well as the accompanying battle-themed event.

If you would like to read the official release about the Team GO Rocket balloons you can find it right here. And don’t forget to check out the short hype video released alongside this reveal: