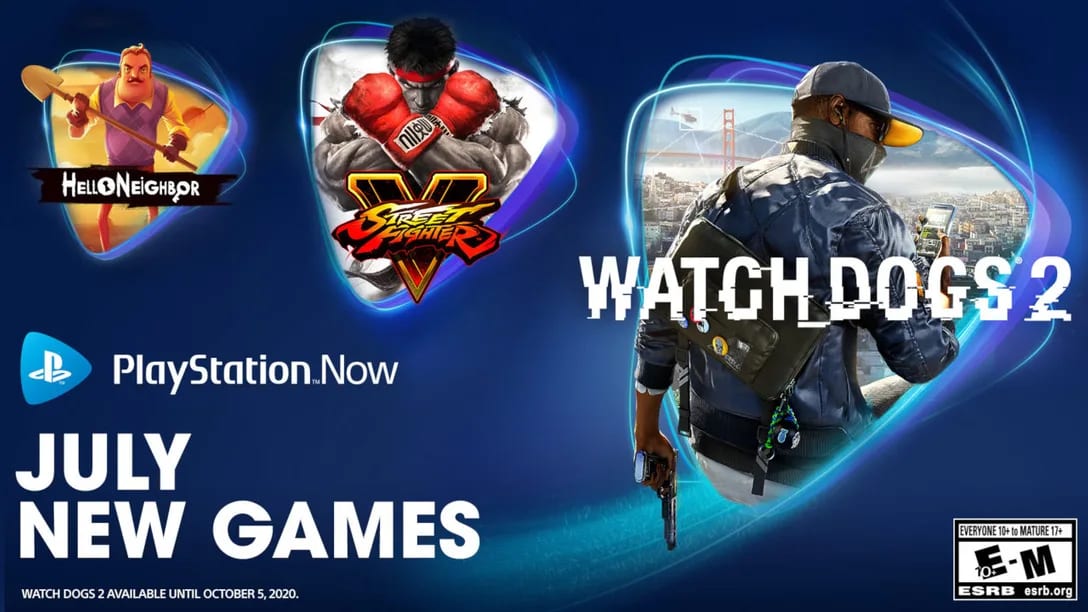 Sony Interactive Entertainment announced three new titles have been added to the PlayStation Now catalog today as part of the service’s July lineup.

The first game is Ubisoft’s Watch Dogs 2, the third-person action-adventure game taking place in the San Francisco Bay Area. Alongside the hacking abilities, the sequel features more skills and tools like the a drone and an RC car to take down the opposing establishment.

Although, Watch Dogs 2 will only be available on the service to download and stream on the PlayStation 4 until Oct. 5, 2020.

Ubisoft announced earlier this week that it will be giving away a free PC copy of Watch Dogs 2 during its “Ubisoft Forward” livestream on Sunday, July 12. The publisher will also be showing more of the next entry in the franchise, Watch Dogs Legion.

The second game for July’s lineup is Capcom’s Street Fighter V, which will be kicking off its fifth season of content with new characters and stages at some point this year.

The final game for July is Hello Neighbor, the single-player game where the player must infiltrate a neighbor’s house without getting caught or triggering any traps. All three games are available starting today.