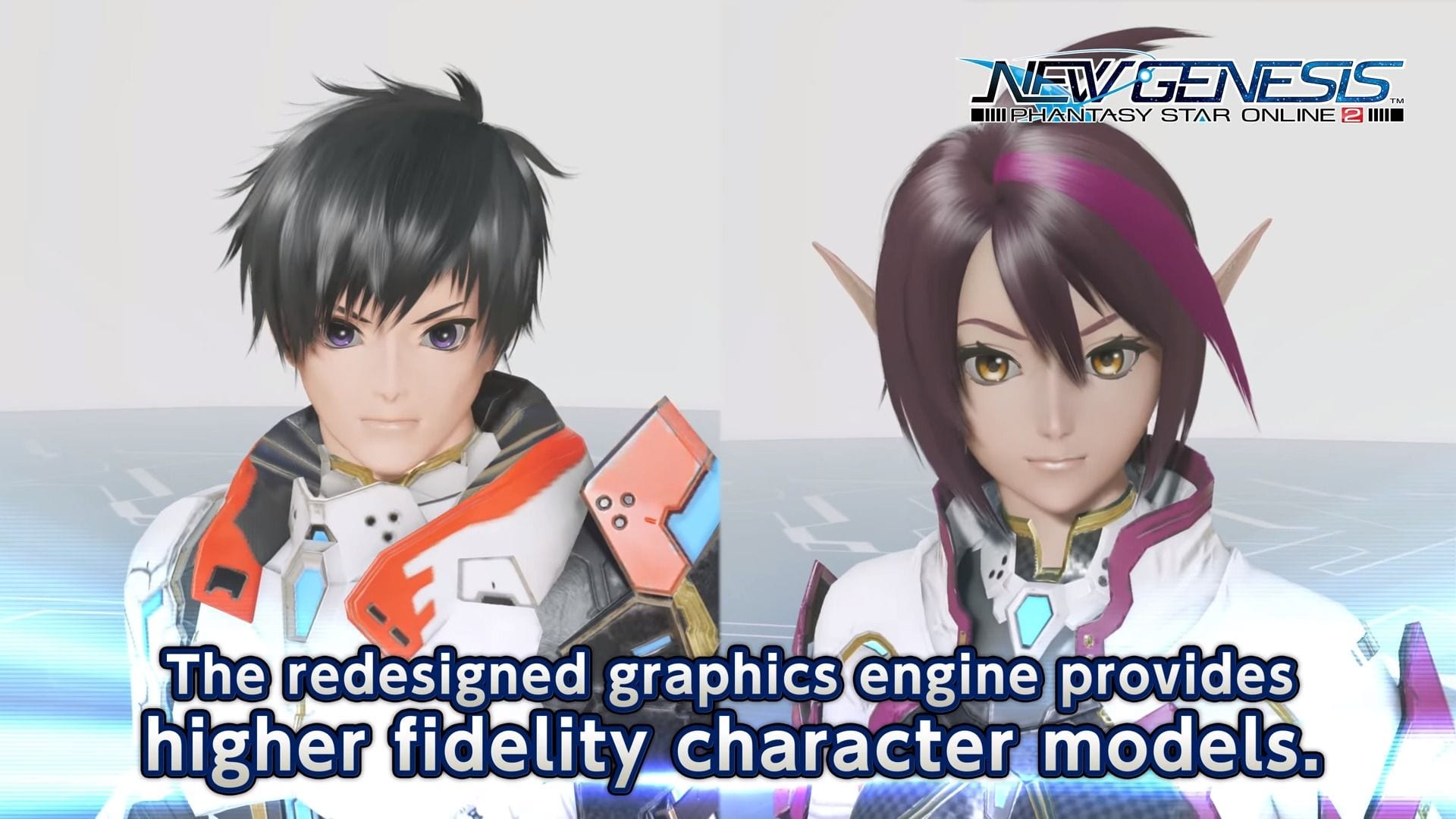 Today Sega released a new trailer and new information of Phantasy Star Online 2: New Genesis and some of it is certainly surprising and interesting.

First of all, we learn that the game is set in a new world 1,000 years after the battle of the oracle.  The world includes a vast field rendered with a new graphics engine, while gameplay mechanics are also renewed.

The “living world” affected by the time of day and weather changes, and there will be new actions to enjoy including Photon Dash and Photon Glide.

The character creation, which we see for the first time in the trailer, has been expanded, with greatly improved character models. They can have more accessories and they even move their fingers.

Character creation is compatible with the original Phantasy Star Online 2, and Lobby Actions and registration information can also be shared.

That being said, you can’t transfer over character progression including levels, experience, skills, photon arts, and Techniques. The same goes for those elements that affect the in-game’s economy like Meseta and FUN.

On the other hand Arks Cash and SG can be shared with the new game, and you can use the weapons, units, and Mags you acquired in PSO2, while their appearance and features will be converted to the new system.

Interestingly, the two games will coexist, allowing players to play both at the same time with the same characters.

Perhaps one of the most exciting things is that the graphics engine of the original Phantasy Star Online 2 will also be overhauled to match New Genesis.

On top of that, we learn that if new platforms are added to Phantasy Star Online 2, New Genesis will support them as well.

At the moment the platforms announced for the west are Xbox One, Xbox Series X, and Windows 10. On the other hand, Japan will get the game on PS4, PC, and Switch via cloud.