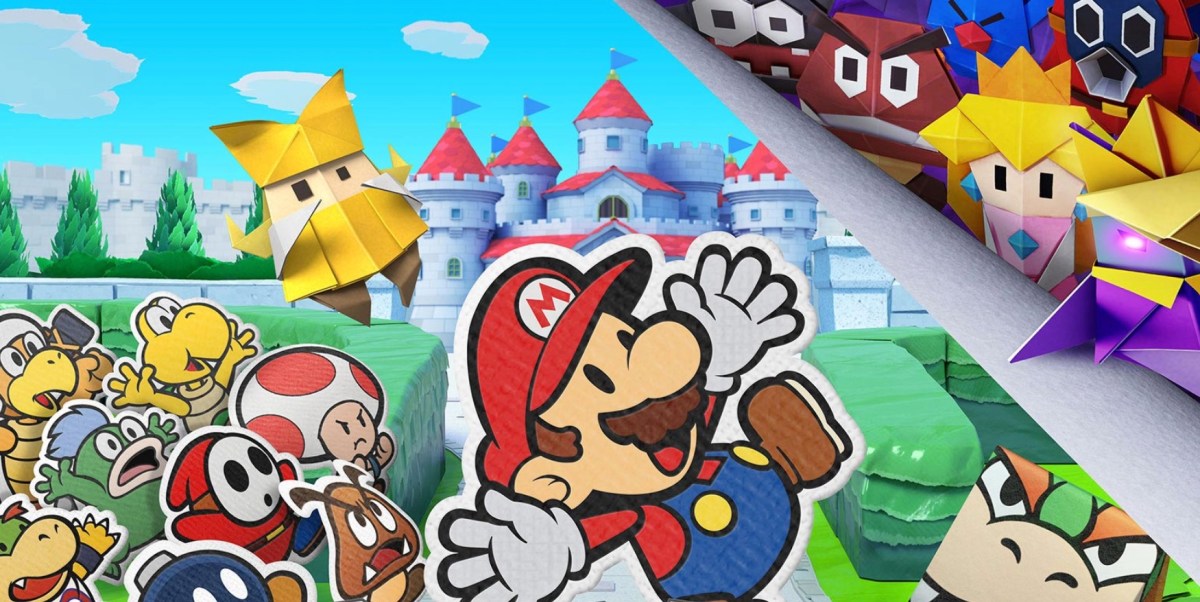 With their office-supply-themed bosses, the newest Paper Mario title, The Origami King, has a slate of enemies that are some of the more interesting opponents in comparison to the series at large. One of the more complex bosses comes in the Scissors boss battle, where a multi-step approach must be taken to properly best this baddie. With that being said, here is how to beat the Scissors boss battle in Paper Mario Origami King.

With multiple phases and certain actions that must be taken, all while dealing as much damage as possible, this boss fight can be very tricky if you’re not sure what you’re doing, or you’re just using the trial-and-error method.

Going through the two phases and completing the proper set of actions is crucial to your progression.

At the start of the fight, the scissors will keep a cover on over its blades. Because of this, you will want to make sure every attack against the Scissors is directed towards its handle in order to actually damage it.

The Scissors will flip vertically with each attack, meaning you will have to change up your strategy based on its positioning.

Completing this over and over will have the first phase of the fight end easily, especially if you can line up a x2 Damage block, or multiple action block, paired with whatever top-notch weaponry you’re gathered on your journey.

For the second phase, the scissors will remove its cover and begin to attack with its blades.

Scissors new Cutting Board ability will allow it to remove several panels from the field of play, as several bosses do, but treasure chests can replace these emptied slots.

The hammer will be your weapon of choice for this phase, as using a jump attack will end in an instant knockout for Mario, but you will want to focus on using your Ice Vellumental and 1,000-Fold Arms attacks.

For your first actions, you will want to start opening the treasure chests to get ON Switches and Vellumental Power icons scattered across the board.

You will need to freeze the scissors, so lining up an ON Switch and an Ice Vellumental attack will be paramount to begin this phase.

After that, the Scissors will not be able to take any actions, so lining up an ON Switch and 1,000-Fold Arms attack will allow you to inflict the most damage to the paralyzed foe.

Completing this twice will result in a victory, but be warned, at the end of each turn the Scissors will attempt a Final Cut attack that will defeat Mario in one shot. So properly timing a block will be crucial to continuing through the second phase.

Spending Coins, as always, can have some added effects on the battle, where hidden tiles can be revealed or health can be restored via the use of the cheering Toads in the audience. Coins can also be used to give yourself more time to solve the puzzle if needed.

This has been how to beat the Scissors boss battle in Paper Mario Origami King! We hope this helped and you should check out more Paper Mario content below.