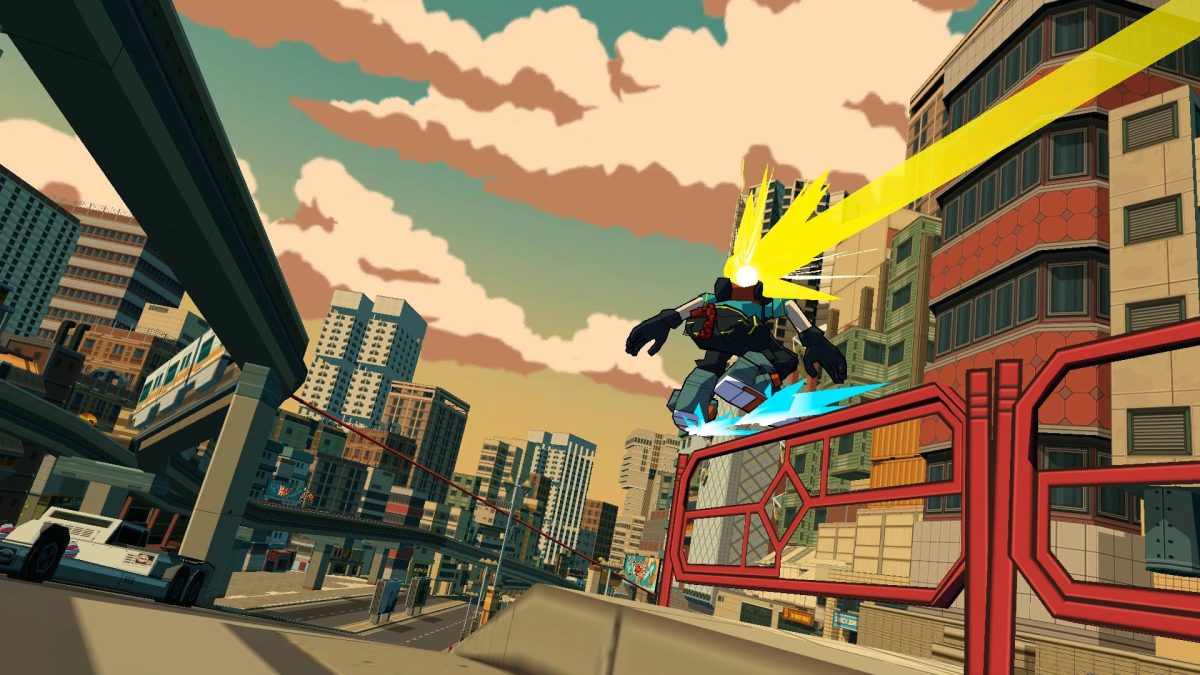 According to the game’s Steam store page, it is about tagging spots in various environments with graffiti to “get your name up” while fleeing from police by grinding, sliding, and air dashing away.

“In a world from the mind of Dion Koster, where self-styled crews are equipped with personal boostpacks, new heights of graffiti are reached,” the game’s description reads. “Start your own cypher and dance, paint, trick, face off with the cops and stake your claim to the extrusions and cavities of a sprawling metropolis in an alternate future set to the musical brainwaves of Hideki Naganuma.”

Bomb Rush Cyberfunk has only been announced for Steam on PC so far and will be a single-player game, but the developer said “no further comment as of yet” for online multiplayer. The game is scheduled to release in 2021, according to the trailer’s description.