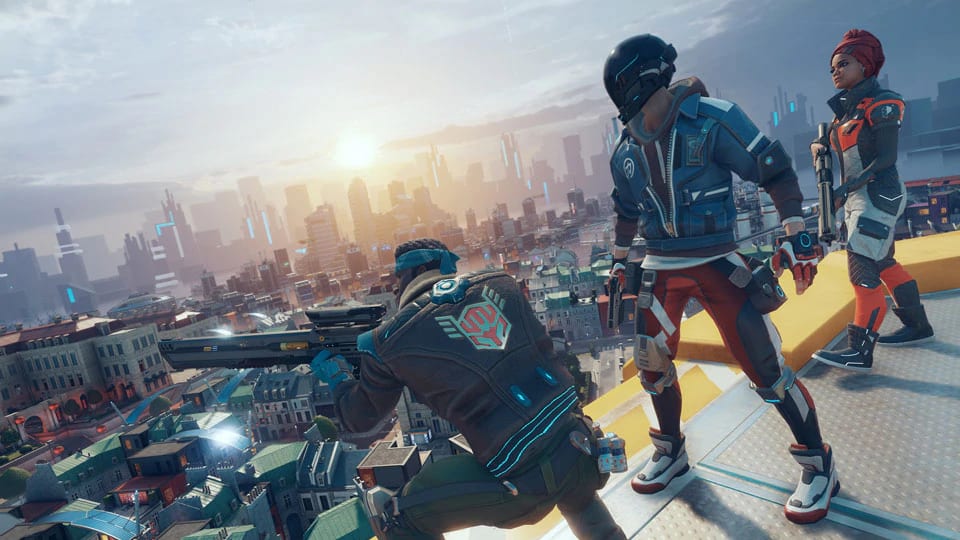 Ubisoft’s free-to-play battle royale title Hyper Scape currently in a technical alpha test received its first update this week that focuses on balancing several of its weapons and a few abilities.

Two of the game’s explosive weapons, Skybreaker and Salvo, also received decreases in damage. The Skybreaker was seen as doing too much damage, and the Salvo grenade launcher was a “fire-and-forget” weapon when used indoors.

Two weapons did receive buffs with the Komodo increasing in damage and the auto-locking D-Tap pistol increasing the rate of fire in both hip-fire and aiming down the sight.

The update also changes two abilities, or hacks, that were used either too much or too little. The Armor hack had its duration decreased from eight seconds to six seconds and its cooldown increased. The Mine hack had its  trigger timer duration lowered and “strongly increased” projectile acceleration time. Check out the explanations for each change in the full patch notes.

The Hyper Scape technical alpha test ends in the early morning at 2:59 a.m. ET, but the studio said it is planning another PC live test soon with a release for consoles this summer.