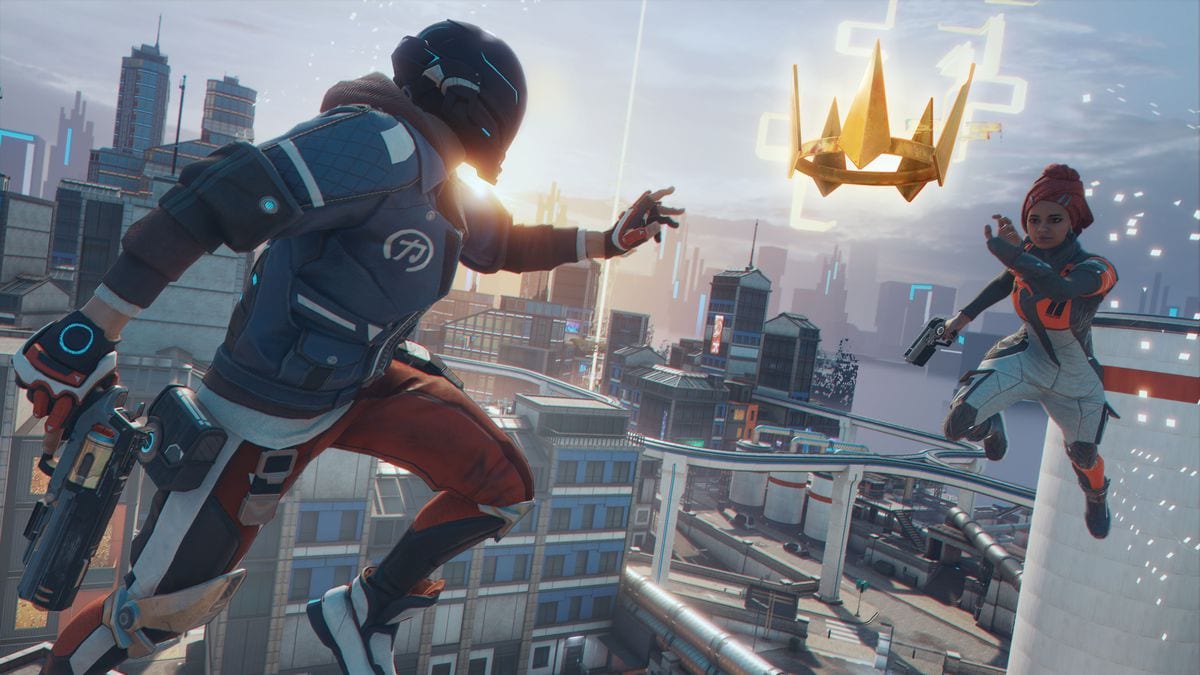 Ubisoft has provided a wealth of new info on its new game Hyper Scape, offering prospective players info on its story and gameplay alongside the launch of its open beta.

During the Ubisoft Forward digital showcase event, the publisher and developer revealed via two trailers what the title will entail. In the first trailer, a main character revealed how the game is a battle royale multiplayer title set in a dystopian world.

People of every background and aspiration compete in a virtual competition for fame, glory and a chance at a new life in a civilization marred by less than ideally optimized technological strides.

Or at least, they did, before Hyper Scape players started getting injured in the real world or disappearing into the game. The cause of these phenomenons is unknown, and the only way to figure out the cause will be to compete in the game and delve deeper into its secrets.

This isn’t as dire of a task to play through as it sounds though. As the second trailer shows, players will have access to a fast and frantic shooter full of abilities to utilize, bonuses or hindrances decided on by real-life spectators and an ever-shrinking roster of more and more skilled combatants.

It’s an interesting concept, and those interested can view both trailers down below.

Players won’t have to wait to see for themselves how the game plays either. Alongside these trailers was the announcement that the title’s open beta for PC was live and open to all comers. It was not revealed, however, whether the other platforms the game is planned for would receive similar beta periods.

Hyper Scape is currently slated for release on PlayStation 4, Xbox One and PC. For more on the game, check out our coverage of its initial reveal last week.