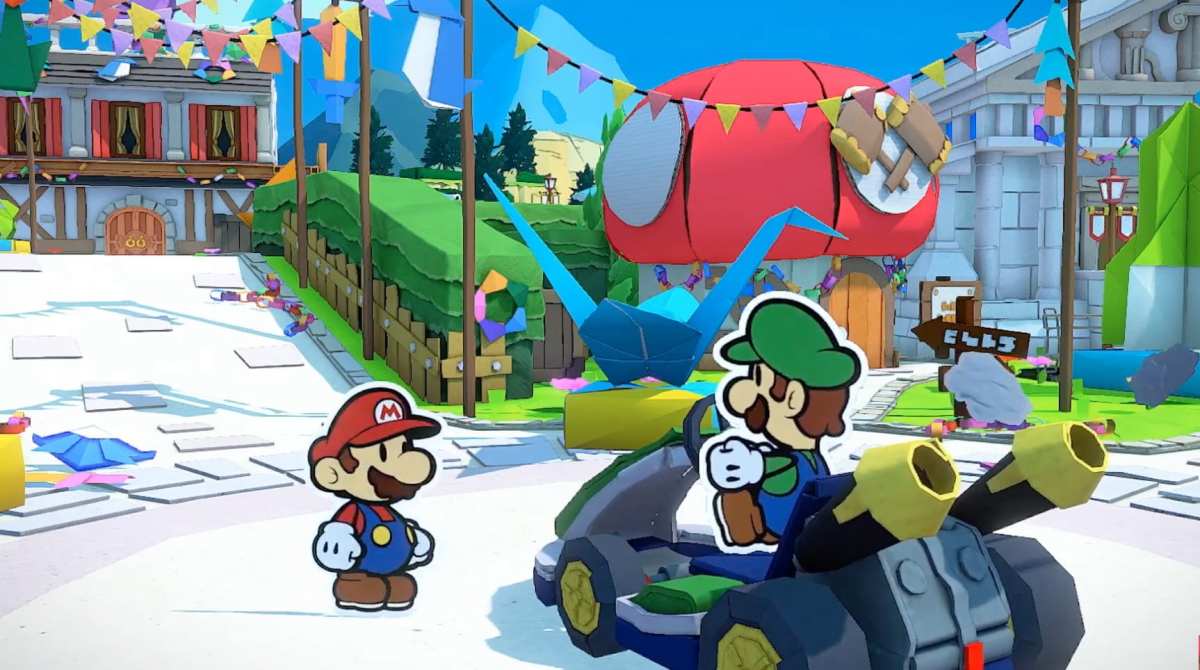 Paper Mario Origami King is the latest entry in the whimsical RPG-lite series from Nintendo and it’s finally out on the Nintendo Switch for everyone to try out for themselves. Like any Mario adventure, it’s up to him to save the Princess and restore everything that is good in the world. This time around though, Mario will be teaming up with villains to fight an even greater evil. While most Mario games tend to be on the short, Origami King manages to have a pretty lengthy campaign. If you’re wondering how long Paper Mario Origami King takes to beat, we have that answer.

You can expect Paper Mario Origami King to take about 30 hours of your time for a normal playthrough. A normal playthrough would consist of collecting only a few of the secret Toads and rarely going off the main path to explore.

If you’re that person who loves to collect every little thing and explore all of the nook and crannies in Paper Mario games, you can your playtime will surely surpass that, probably heading into the 40-50 hour mark.

There are no difficulty options in Paper Mario games or Mario games in general, so everyone playing through the game will have the same exact experience.

If you want to speed through the game and get to the end under the 30-hour mark, you can just avoid enemy fights and never hunt down the collectibles like a rabid speedrunner.

Or if you want to take it nice and easy, you can do that too. There’s no rush to get to the end of the game as there is no timer or score based on your speed –just have fun with it!

And that’s how long Paper Mario Origami King takes to beat. It all depends on how you want to play the game! For more related content, just scroll down below or search Twinfinite.