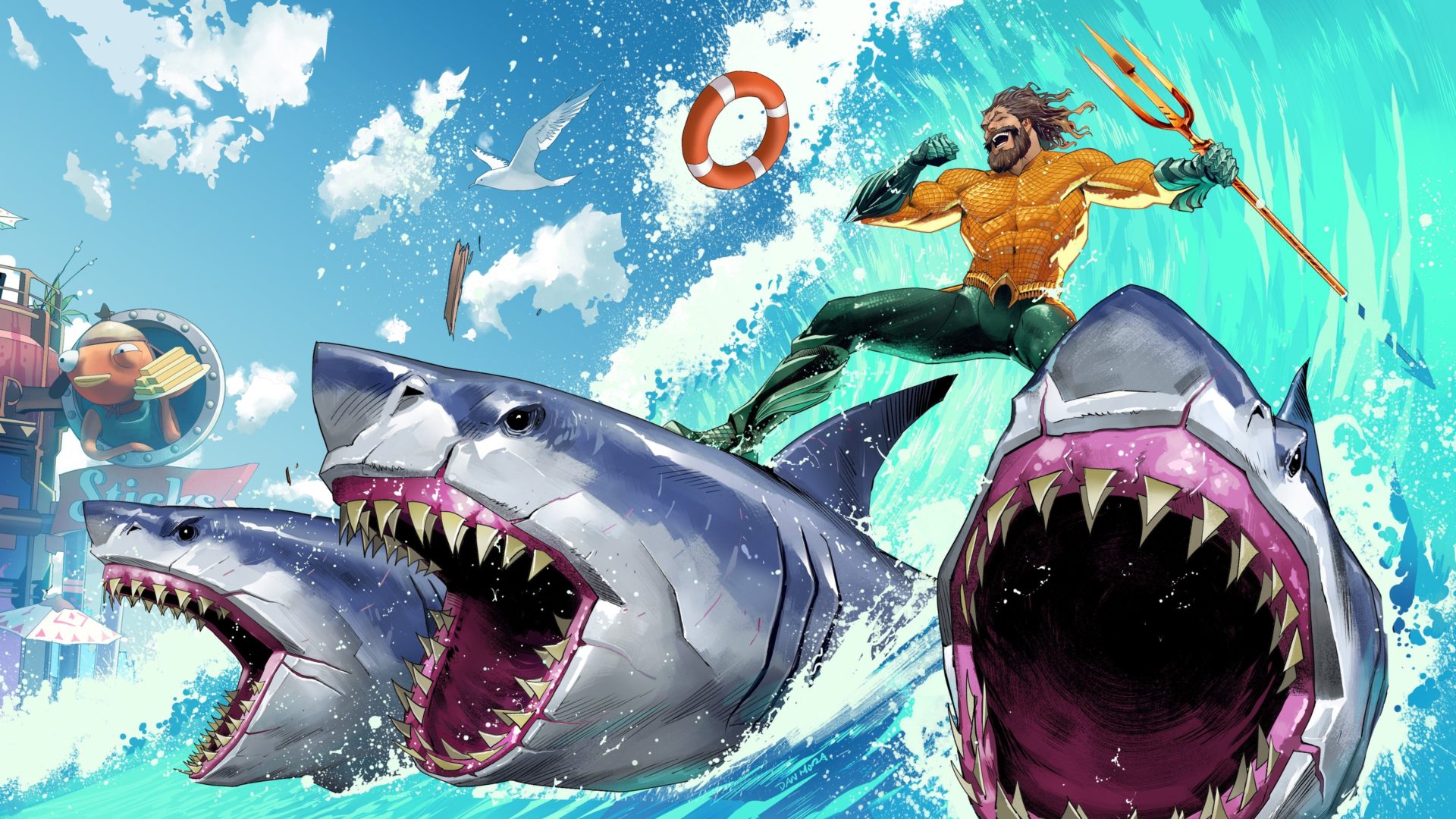 With the release of Fortnite Chapter 2 Season 3, there’s a new superhero skin to unlock. Following on from Deadpool in Season 2, now it’s the time for Aquaman. This seems rather apt considering the entire map has near enough been submerged underwater. In this guide, we’ll be talking you through how to unlock Aquaman in Fortnite by completing the various challenges.

Down below, we’ve included every single Aquaman challenge and how to solve it in Fortnite. There are 5 Aquaman challenges you’ll need to complete to unlock the main Aquaman outfit, and an additional challenges to unlock his Arthur Curry variant. We’ll be updating this post each time a new challenge is ready to take on in the game, so be sure to check back periodically.

Challenge 1: Use a Whirlpool at Fortilla

For this one, you want to head just a little bit south of The Fortilla itself in the southwest corner of the map. On your map, you should see a pale blue circle below it like so.

All you need to do is land in the whirlpool when you see it in the water near to Fortilla and you’ll be pushed up into the air, giving you a chance to glide away to safety.

Once you’ve been pushed into the air, you should get a little notification informing you that you’ve completed the first of the Fortnite Aquaman challenges.

Week 2 Aquaman Challenge: Use a Fishing Pole to Ride Behind a Loot Shark at Sweaty Sands

This one’s pretty self-explanatory and simply requires players to ride behind one of the Loot Sharks — added into the game as part of the Season 3 update — at Sweaty Sands.

Sweaty Sands can be found in the northwest corner of the map in grid reference B3. Once you’re here, simply look out for Loot Sharks swimming in the water and wait for one to pass by the land you’re standing on. Cast a fishing rod in front of one of the Loot Sharks and it should latch onto it.

You’re then able to ride behind a Loot Shark, using the left analog stick to control where you’re going. As soon as the shark has latched onto your fishing pole, the Aquaman week 2 challenge should complete.

Week 3: Catch Different Types of Fish in a Single Match

Simply use a fishing pole or harpoon gun to catch fish from the little fishing circles dotted about in the water. These are the big huddles of fish you see in the water.

Another nice and easy one, simply go to the south of Dirty Docks, which itself can be found on the east side of the map. Land just south of the crane, as shown in the screenshot below to find the start of the swimming time trial.

Interact with it, and then swim through all of the stopwatch icons that appear in the water. You can get them all in one run if you follow them round in a curved row.

Upon completing the week 4 challenge, you’ll unlock the Supreme Shell Back Bling and will be one step closer to the Aquaman skin.

There you have everything you need to know to nab yourself the Fortnite Aquaman skin, as well as it’s alternate style. For more tips and tricks on the current season, head over to our guide wiki. You can also check out more of our coverage on the game below.