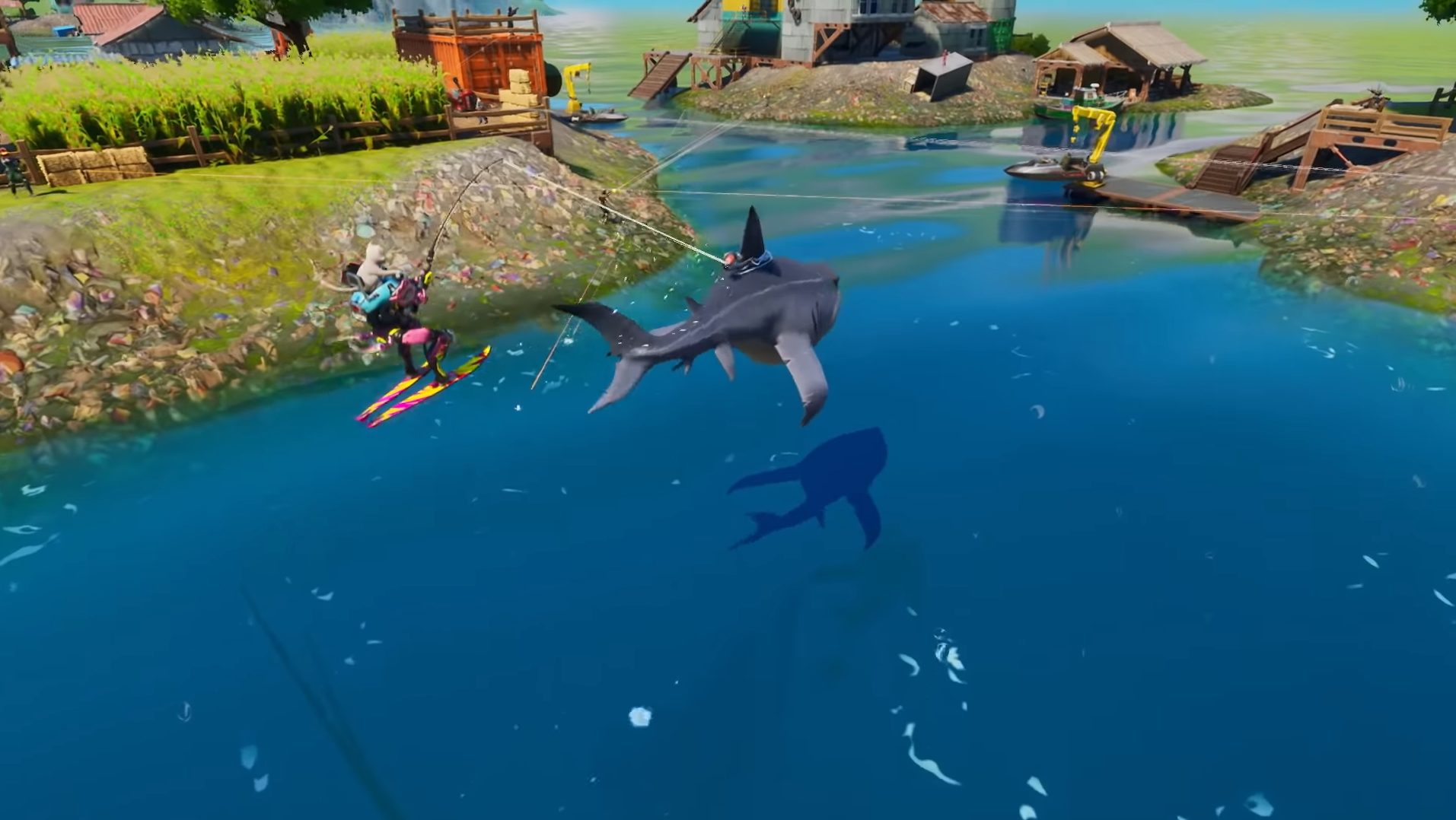 The latest season of Fortnite has brought about a whole host of new content. From the Battle Pass, to map changes, new weapons, unvaulted weapons, you name it, this season’s got it. Fortnite Loot Sharks are one of the new gameplay additions in Chapter 2 Season 3, prowling the waters. In this guide, we’ll talk you through everything you need to know about them, from how to ride them, what they otherwise do, and a whole lot more.

Loot Sharks are, well, the sharks you see swimming around in the water. They’ve got quite a large amount of health, and can be damaged by melee hitting them, or using one of your ranged weapons.

Once a Loot Shark has its health depleted it’ll die, leaving, you guessed it, a bunch of rare loot. From our experience with Loot Sharks, we were able to get an Epic (purple) rarity Burst Assault Rifle from it, alongside some healing items and some other goodies.

It’s worth noting that if you hop in the water where a Loot Shark can be found, it won’t hesitate in biting you, dealing damage in the process. Always be extra cautious in the water around sharks, otherwise you may be unexpectedly eliminated. It’s not just if you’re in the water, either. If it spots you and you’re on a structure in the water, it’ll destroy the structure to knock you down and get to work chomping on your body.

Where to Find Fortnite Loot Sharks

The best places to find these sharks are at Rickety Rig in the southwest corner of the map, or Sweaty Sands in the northwest corner. You can also find them swimming around The Fortilla on the west side of the map.

How to Ride Sharks in Fortnite

It’s possible to get pulled along the surface of the water and ‘ride’ Loot Sharks in Fortnite. To do this, you’ll need to get yourself a fishing rod and throw it in the water near one of these big, scary predators.

Once it bites, you’ll then be in control of the shark and will be able to speed across the water much faster than you would otherwise. You can even jump out of the water by pressing the space bar.

That’s everything you need to know about Fortnite Loot Sharks. Head over to our wiki for more tips and tricks on the current season, or have a browse through more of our coverage on the game below.