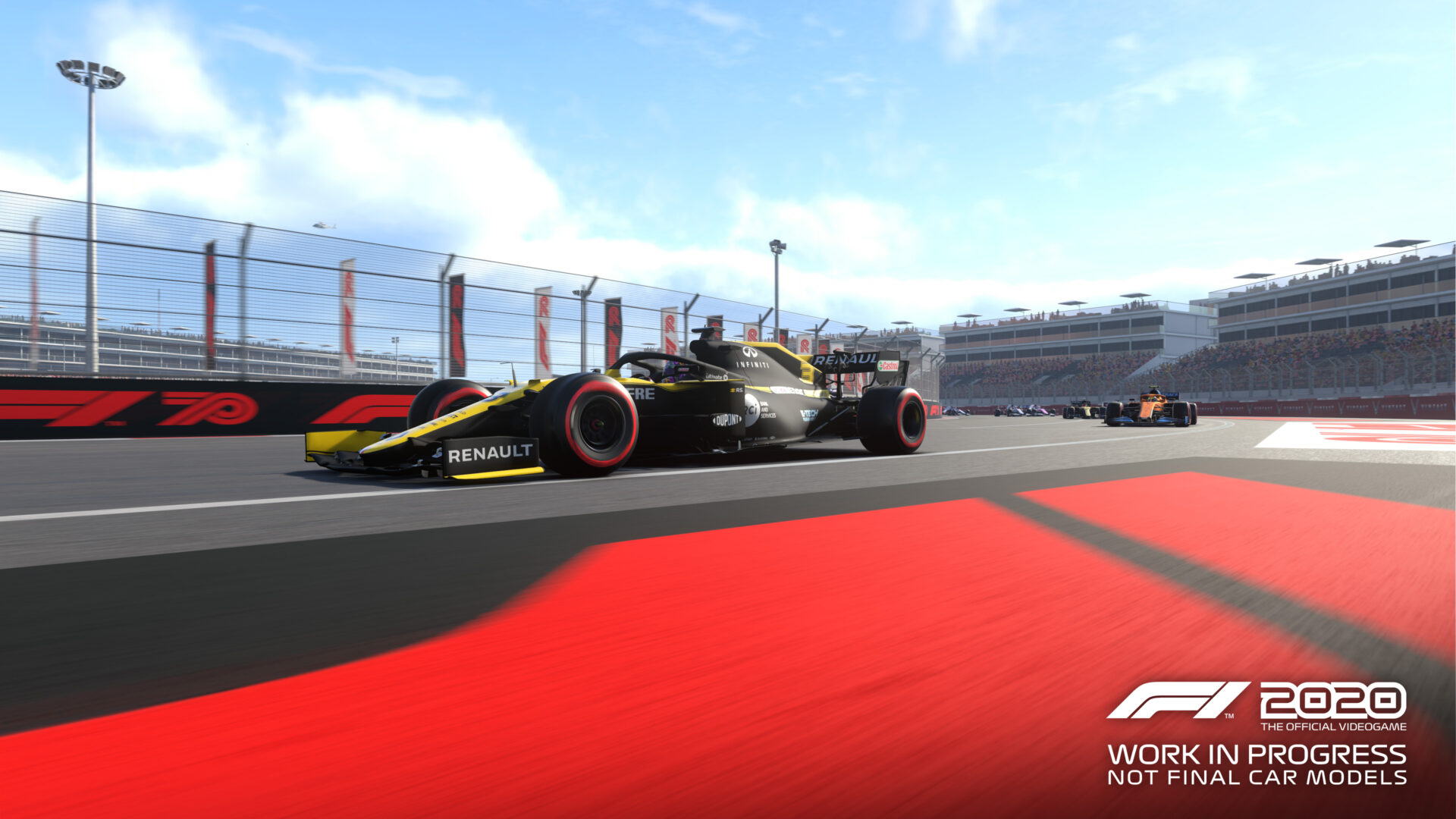 First off, it’s worth noting that splitscreen is pretty limited in the game. It’s not a feature that’s used across all of the modes, with you only being able to race against a friend in a standard grand prix. You cannot have another player take part in a My Team race or join you in online competition.

How to Play Splitscreen Multiplayer in F1 2020

From the Home tab on the main menu, you have two options. While you can find Splitscreen on the Multiplayer tab, Codemasters has helpfully added a Splitscreen tile to the first and main page. Just under the tile to continue whatever mode you were playing last, you’ll see one that says Splitscreen.

Select that and a message will pop up. Turn on the controller that the second player is using and press Options if you’re on PS4 (Menu on Xbox One) to have the second controller added to the game.

From there, you’ll be able to choose the discipline you want to play in (F1, Classic, or F2 2019), choose the car and driver you want to use one at a time, and then set up the race, deciding on the number of laps and how strict the assists are. You’ll then be all set to jump into a race.

In short, to play splitscreen multiplayer in F1 2020,

That’s everything you need to know about how to play splitscreen multiplayer in F1 2020. For more tips and tricks on the game, be sure to search for Twinfinite.