Codemasters‘ F1 games have been the pinnacle of simulation racing for a few years now. By combining deep authenticity to the sport with racing that feels better than any of its peers’ made for the perfect package that’s improving every year. Even with the real world Formula 1 season being disrupted and truncated this year, F1 2020 maintains its pole position, even if the new features don’t move the series forward as much as I’d hoped.

The 2020 iteration’s big new feature is My Team, a flagship mode that sees you create your own team and be a brand new addition to the grid. You design the car, your own racer, and your team logo before going on to be a strange owner/manager/driver hybrid.

For the most part, My Team and the traditional Driver Career are very similar. You manage car performance, upgrades, and take part in each of a race weekend’s five events, trying to earn points not only in the drivers standings but to be used to improve your team and career.

Having your own team adds a great deal of personalization to the F1 season though. Building your own brand from one that just makes up the pack to one that dominates the sport is a lot of fun, and is even more engaging than the Driver Career alternative.

The branding side is much of a muchness that’s almost boiled down to what logo looks coolest since they all offer similar bonuses and the upgrade trees aren’t all that different to what’s been available for the last few years.

Building the status of your team is what’s exciting. Gaining acclaim by attending events, performing on the track, or answering media questions well improves not only your own standings as a racer but also how the rest of the paddock perceives you.

The car maintenance and part management is as deep as ever, you can really feel the improvements you’re making to the car when hitting the track, and the season presents plenty of options to improve the brand with new driver recruitments and improved deals.

My Team’s only downfall is in how limited the differences between it and the Driver Career are. With Driver Career’s story elements, which were a key new feature in F1 2019, now disappointingly gone, the branding, acclaim levels, and personalization are the only features that the classic mode doesn’t have.

From the moment first practice begins until the wave of the flag at the end of the race, the modes are identical. You can tweak the difficulty to get a different experience, maybe having one place you as the up and comer and the other as the sport’s leading light, but My Team doesn’t differentiate itself beyond the menus between weekends.

Since F1 2020 is so great on the track, the underwhelming new features aren’t so much of an issue. Hitting any one of the 22 tracks is the perfectly balanced mix of thrilling, tense, and enjoyable.

You can feel the difference between the cars, weather changes make a huge difference to level of control, and the new Overtake button adds a new tactical element to racing. At all times though, F1 2020 toes the line between agility and stability.

You can push the cars too far, but you’re punished fairly and only when you make a mistake. Trying to reach that point but not go past it is the best feeling. Even after 20 or more laps of the same track, trying to hit every apex perfectly and get the best time you can never gets tedious.

The feeling of what I’m now going to call ‘doing a Lando Norris’ (take a look at his stunning final lap from this weekend’s Austrian GP), where you hit the perfect lap to hit your target right at the end, is fantastic.

Codemasters’ F1 games have been like that for a few years, so 2020 feeling great to play shouldn’t come as a surprise, but I think it feels better than ever. I’ve never felt so in control of my car, so able to push it to the limit without feeling like it’s driving me or like I’m unable to get the most out of its potential. It could very well be the best simulation racer ever when it comes to gameplay alone.

Once more, F1 2020 is at the mercy of its difficulty settings. With there being so many options, it can be frustrating to try and work out what’s right for you over the course of possibly multiple race weekends, but the new and existing options make F1 2020 accessible to everyone.

If you want to struggle from the back of the grid but still race without a care in the world you can turn the difficulty up on its 110 point scale but leave the assists turned on, if you want to truly test your racing skills you can limit the assists and play with manual transmission, or you can turn the difficulty down to let you win with just enough competition to make it exciting.

Whatever experience you want from F1 2020 is possible. Want to just hit the track without a care in the world? The new Casual setting makes that possible. But if you want to challenge yourself and ensure that tire degradation, fuel management, and everything else a real world driver would have to deal with play a part in the experience, you can.

Codemasters has made a racing game for everyone and it’s fantastic no matter what.

While the flagship new feature, My Team, is a little underwhelming, the addition of splitscreen multiplayer is more than welcome and long overdue.

For the first time since 2014, you and another player can compete across a Grand Prix weekend from the comfort of your couch, adding another mode to F1 2020’s huge suite of options.

There are some elements of F1 2020 that are starting to go stale, however. The questions the media ask are still dull, either having little impact or making you choose between simply pleasing one of your mechanical departments, and the settings for them are identical to last year’s. None of the media interview moments are influential or interesting and need a revamp going into the next generation.

Even if F1 2020 feels a little tired in some aspects and My Team isn’t the revolutionary mode I hoped it would be, F1 2020 is still the best the series has ever been.

The on track experience can be tuned to whatever you want it to be though ample accessibility options, the driving mechanics are somehow better than they’ve ever been, and the modes included are varied and deep. Codemasters’ F1 series is continuing to improve and stake its claim as the best racing game for simulation veterans and newcomers. 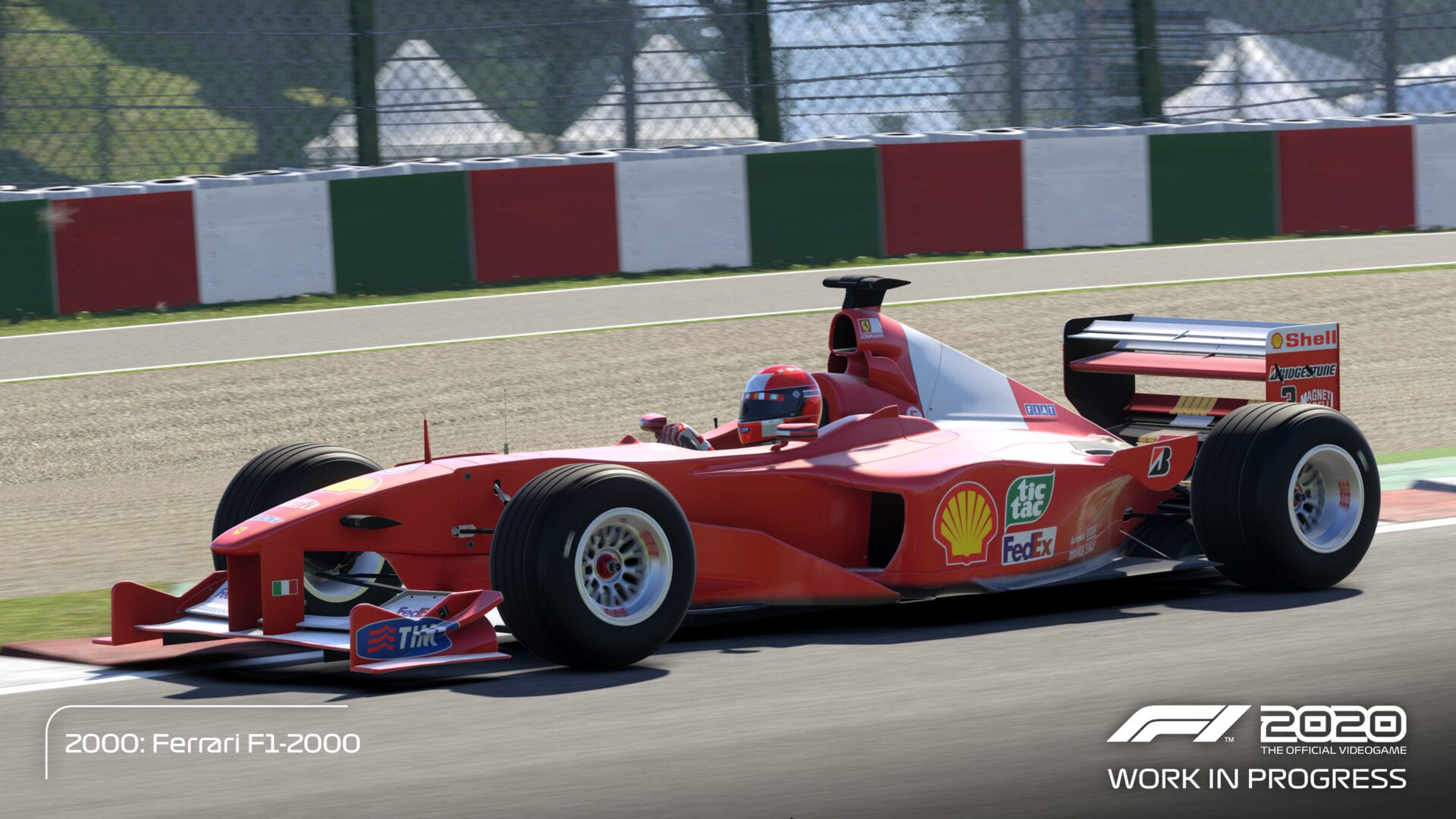