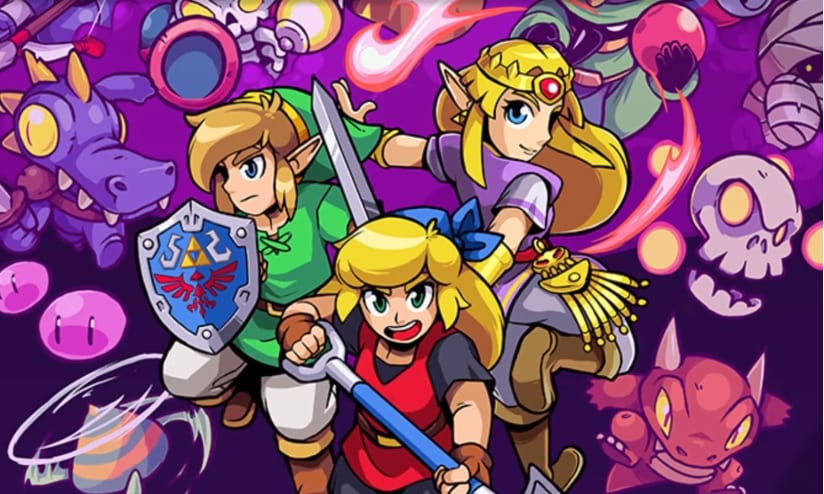 It was announced during the Nintendo Direct Mini: Partner Showcase today that Cadence of Hyrule: Crypt of the NecroDancer, the roguelike rhythm game featuring characters and elements from the Legend of Zelda, will be receiving a series of three paid DLC packs this year.

The first DLC pack, which will release later today, is a character pack. New characters will be added to the game, including Impa, Aria, Shadow Link, Shadow Zelda, and Fredrick. These characters will add new ways to play the game.

The second DLC pack, which will be releasing before October, will be a melody pack. 39 new songs will be added to Cadence of Hyrule, including new songs and remixes.

The third DLC pack, which will also be releasing before October, will be called Symphony of the Mask. This pack will feature a brand new story with Skull Kid as the playable character.

The Character Pack of the DLC will be releasing on the Nintendo Switch eShop later today. By purchasing the entire season pass of all three packs, you will receive bonus costumes for Link and Zelda.

That’s not all—on Oct. 23, a physical edition of Cadence of Hyrule will be available to purchase. This version of the game will include all three DLC packs.

You can watch the full trailer to learn more about all three DLC packs below.