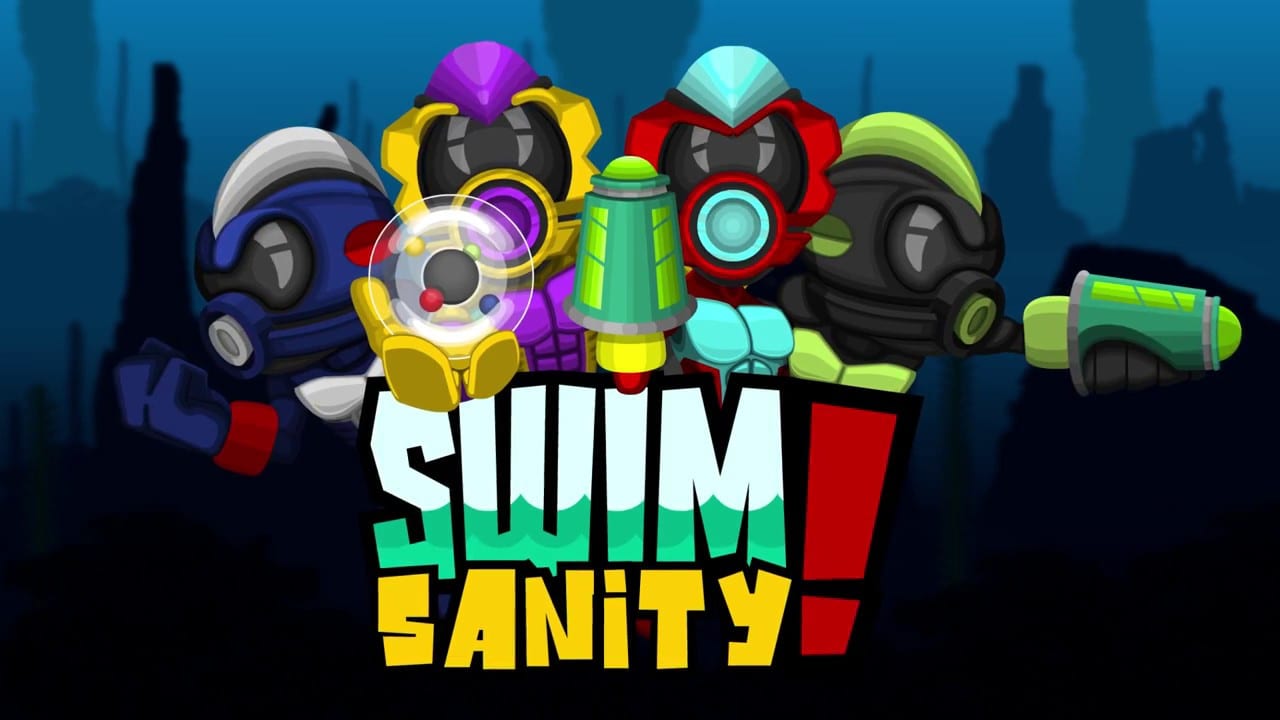 The game is an underater multiplayer shooter and we get to see both the co-op Adventure mode and versus gameplay.

You can check out both modes in the two videos below.

Swimsanity! is coming to PC, PS4, Xbox One, and Nintendo Switch this summer. We’re going to see and hear more during the main Guerrilla Collective livestream next week.

Below you can read an official description of the game from the Steam page.

4 PLAYER ONLINE CO-OP!
Team up to unlock content and complete challenges with players around the world.

4 PLAYER ONLINE VERSUS!
Join casual or ranked matches to compete and climb the Leaderboards to be crowned the best in the world.

LOCAL CO-OP AND VERSUS!
Feel the intensity in the room with some couch play, with up to four friends. If anyone’s missing, play with bots fill their spots.

COMPLETE 150+ CHALLENGES!
There’s always more to do by completing over 150 challenges across 8 Game Modes.

ADVENTURE MODE!
Embark on a journey as our hero Mooba to protect all the Orbs and save the underwater world.

SURVIVAL MODE!
Battle endless waves of enemies with up to four players.

VERSUS MODES!
Compete in Free-For-All and Team based intense matches including Deathmatch, Last Mooba Standing, and Orb Rush!

FAST INTUITIVE GAMEPLAY!
Accessible for casual and hardcore gamers alike! Easy to pick up but tough to master.