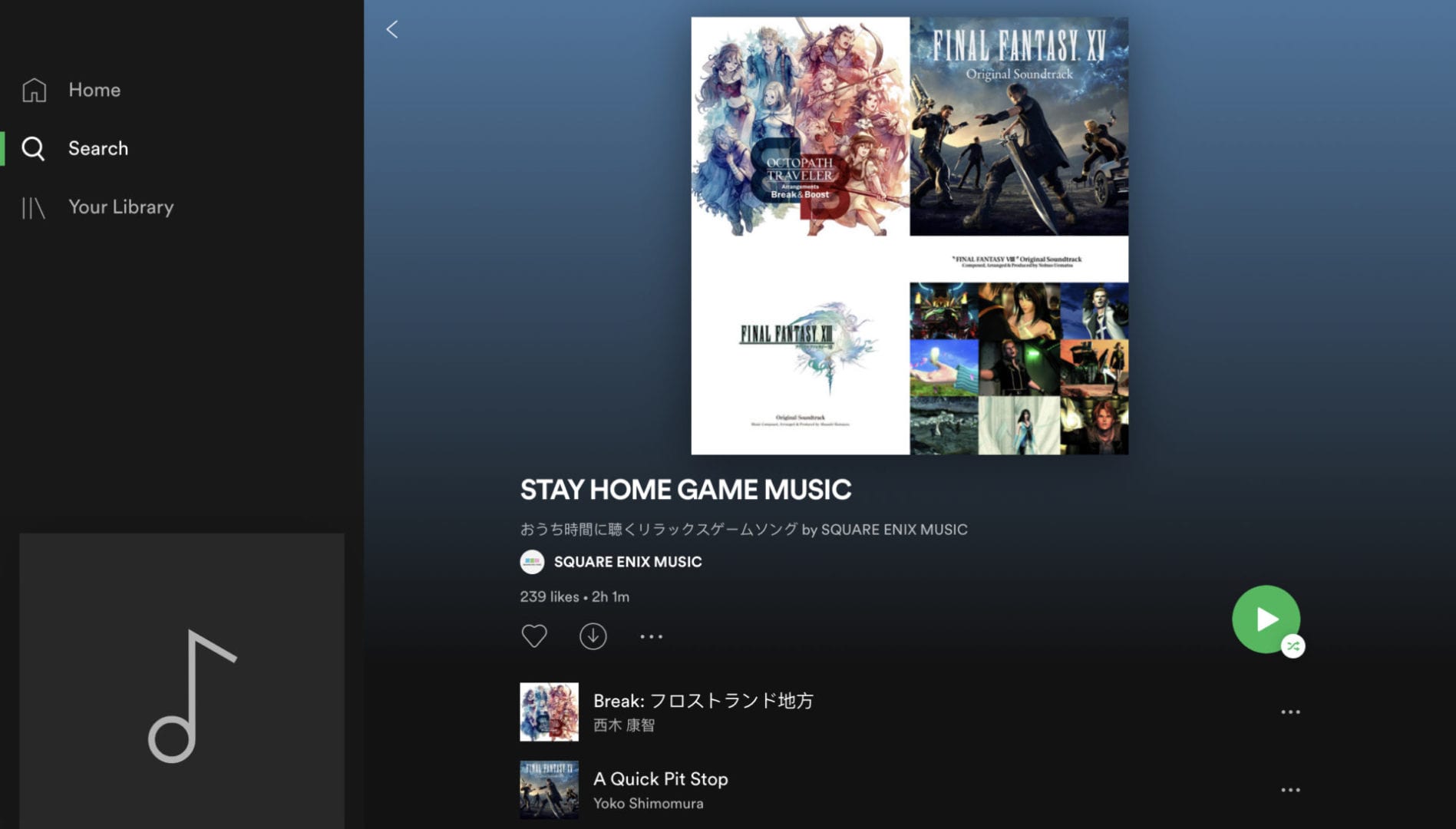 The past few months have seen people all over the world staying and working from home due to the COVID-19 pandemic, and it’s certainly been a tough period of time. Even so, game companies are still coming up with ways to make the period a little easier, and Square Enix has done so by releasing a playlist on Spotify and Apple Music, simply titled “Stay Home Game Music.”

The playlist contains music from tons of Square Enix games including Octopath Traveler, Final Fantasy Tactics, Chrono Trigger, and a variety of mainline Final Fantasy games of course. The idea is to curate a playlist filled with soothing tracks that create a comforting vibe for listeners who are stuck at home, and given the company’s track record for putting out games with great soundtracks, this playlist has certainly been a hit so far.

It also draws from the quieter tracks of NieR: Automata, and a couple of piano collections from over the years. While it’s certainly not anything mind-blowing, it’s still nice to see the company curate playlists every now and again to fit different moods in different periods of time. You can check out the playlists on Apple Music and Spotify.