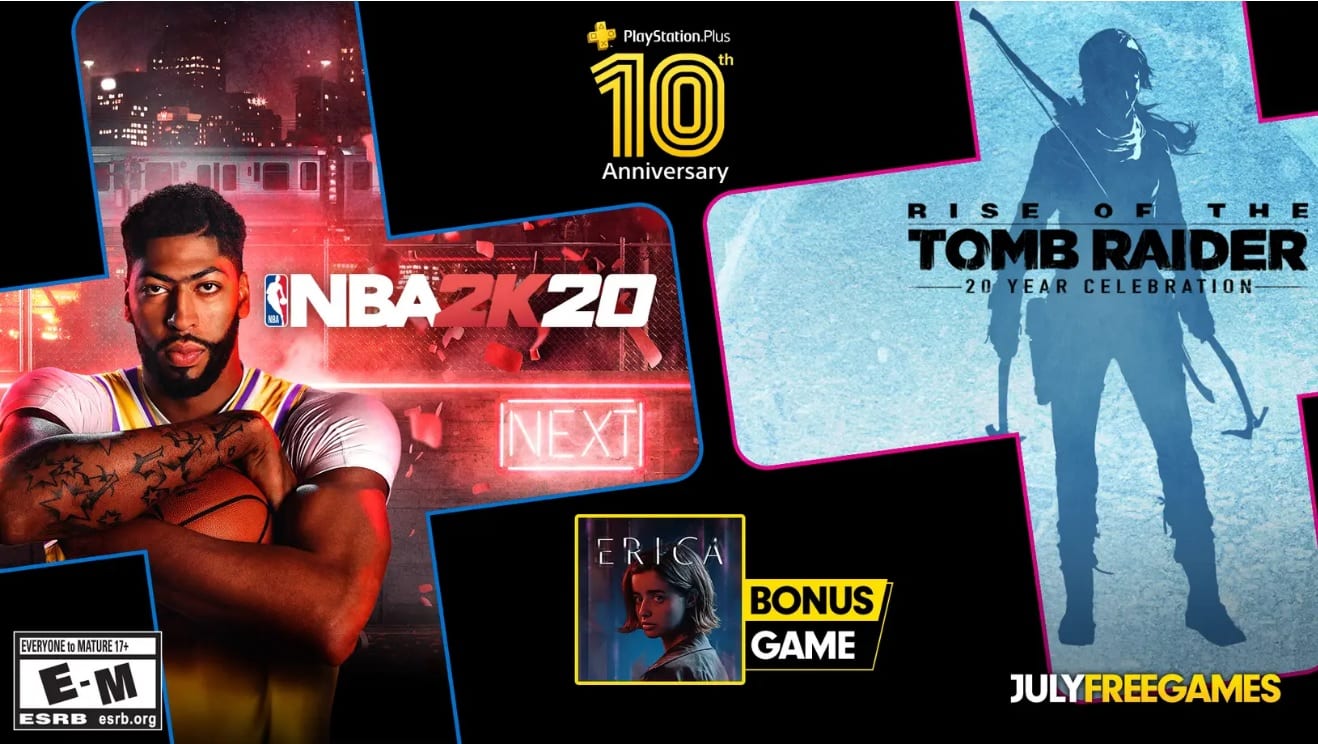 Next month marks 10 years of PS Plus, and Sony is celebrating the anniversary in style. Most notably, there’s an extra freebie game offering for July, with the lineup headlined by 2016’s acclaimed Rise of the Tomb Raider: 20 Year Celebration, and both NBA 2K20 and Erica also on offer.

Rise of the Tomb Raider was one of 2016’s best games, with Twinfinite scoring it 4.5/5. The 20 Year Anniversary edition included subsequent DLC content and a co-operative mode.

NBA 2K20 represents another strong year for the longstanding basket ball franchise, while Erica is an FMV adventure game that stands apart from the crowd with its inventive design and intruiging story.

Elswhere to mark the occasion, also a free new theme on the way for PS4 players; from later this week they’ll be able to download the theme for a limited time only, pictured below.

As you can see, the anniversary theme comprises a timeline recapping some of the service’s crowning moments.

And if that wasn’t enough, PlayStation is also throwing in a free multiplayer weekend as well. As explained over on the PS Blog today:

Remember, if you haven’t already then there’s still time to download June’s PS Plus games.