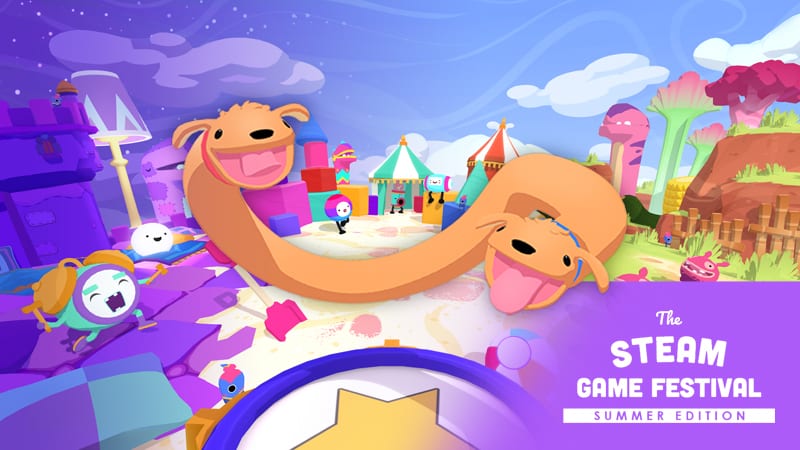 PHOGS!, the adorable co-operative puzzle platformer from Bit Loom Studios, has been delayed from its June 9 release date until later this year as a result of logistical challenges brought about by COVID-19. The news comes by way of a press release sent to Twinfinite from publisher Coatsink.

At least there’s a silver lining in the release of a demo next week for Steam’s Summer Games Festival. From June 9, 1 PM ET the demo publicly playable for the first time. Just head over to the game’s Steam page to download.

For those who haven’t heard of PHOGS!, the game first caught our eye back at EGX Rezzed 2018 for its cutesy dual-headed protagonists and clever physics-based puzzle gameplay.

You play as a duo of dogs connected via an elastic, gelatinous mid-section, as they adventure across all sorts of weird and wonderful stages, each of which is designed to challenge players to combine their imagination and the unique abilities of their PHOG.

Anybody who’s seen Adventure Time or CatDog will spot some of the inspirations that have influenced PHOGS!’s world and character design.

PHOGS! will be launching on  Xbox One, Nintendo Switch, PS4, and Steam later this year.