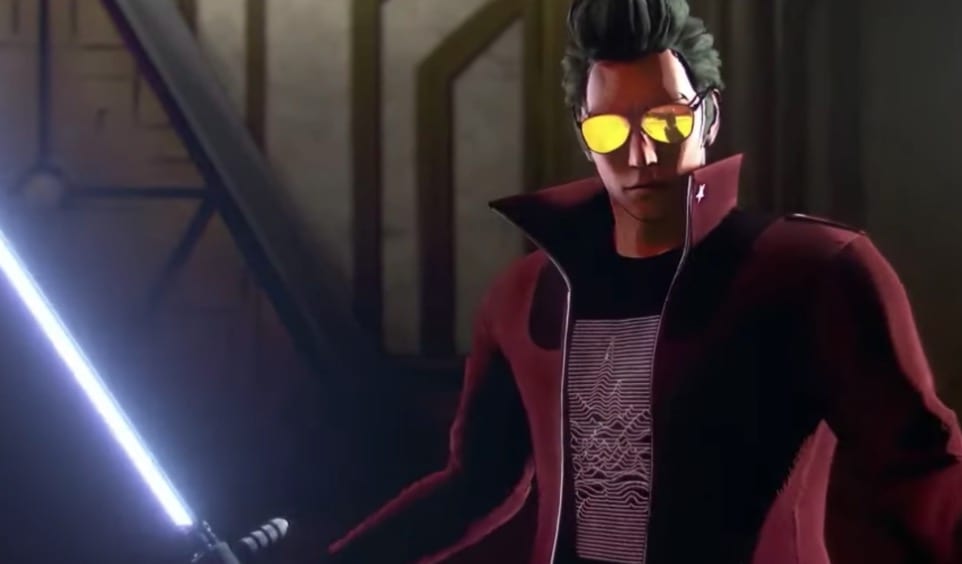 During the New Game+ Expo today, Suda51 of Grasshopper Manufacture showed off the first-ever gameplay footage of No More Heroes 3, the upcoming hack and slash Switch exclusive title.

This wasn’t a typical gameplay reveal trailer, but instead, the gameplay footage was playing in the background while Goichi Suda was talking about something completely unrelated –he didn’t even mention the game at all.

From the very small amount of footage we were able to see, you can definitely tell that this new entry in Suda51’s series will go back to its roots, unlike Travis Strikes Again. You can watch the footage down below:

No More Heroes 3 was first formally announced during a Nintendo Direct showcase in 2019 during E3 and the story will be taking place in Santa Destroy once again as Travis Touchdown is tasked with protecting the world from an outrageous alien invasion.

As of right now, the game is planned to release in 2020 but there is no confirmed date just yet.