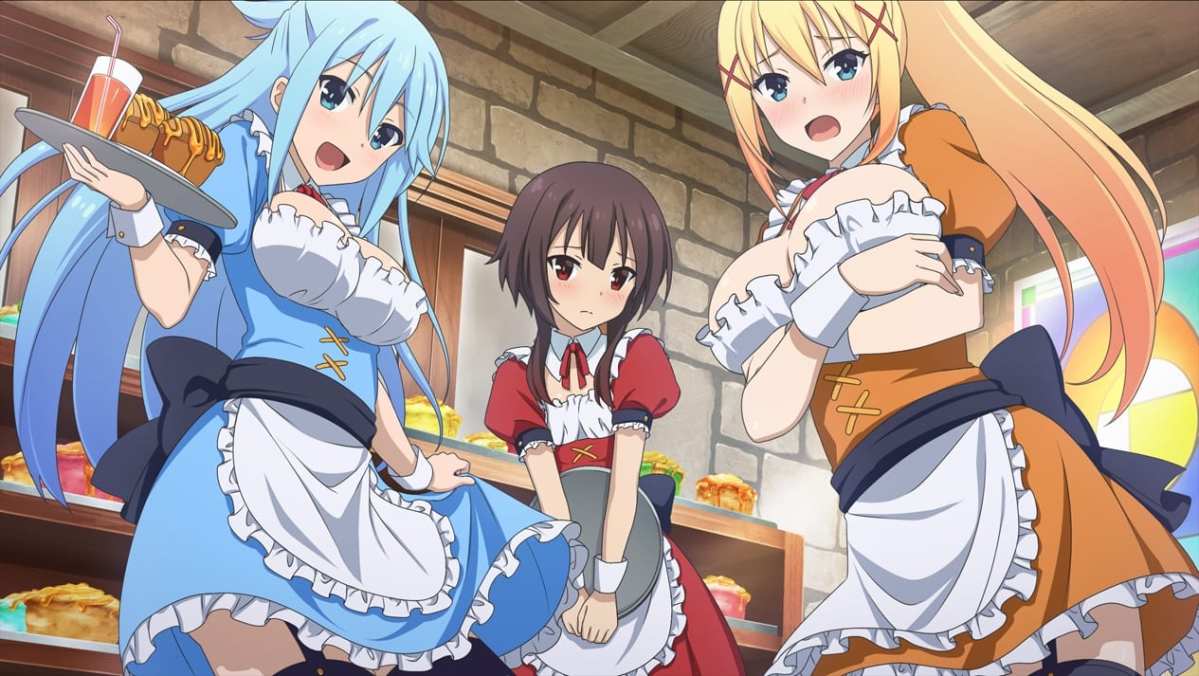 Today Entergram released a new trailer of Kono Subarashii Sekai ni Shukufuku wo! Kibou no Meikyuu to Tsudoishi Boukenshata Plus, which from now on I’m going to call “Konosuba Plus” because there’s no way I’m going to write that mouthful more than once per article.

The trailer features the opening cutscene of the game, which includes the theme song “Stand Up!” performed by Machico.  You’re possibly familiar with her voice because she sang multiple pieces for the original Konosuba anime.

Of course, the video includes most of the characters that will be familiar among fans of the series.

If you’re unfamiliar with Konosuba Plus, it’s a re-release of the dungeon-crawling RPG released a while ago for PS4 and PS Vita, losing the PS Vita version, gaining a Nintendo Switch port, and adding a few new featured as announced at the beginning of June.

Of course, it’s inspired by the light novel series by Natsume Akatsuki, which gave birth to a bunch of manga and a popular anime series.

It’ll launch in Japan on August 27, while no western release has been announced so far.