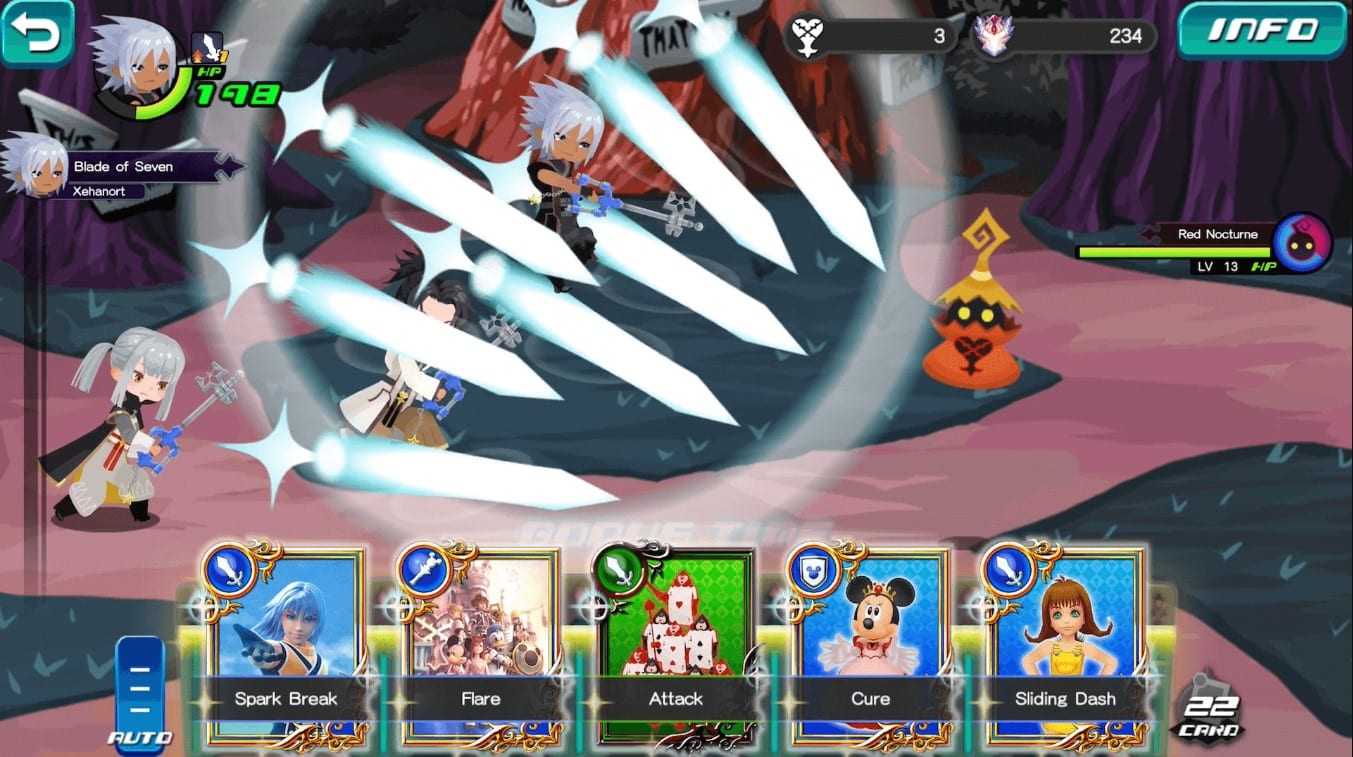 How to Grind BP in Kingdom Hearts Dark Road

If you’re looking to power up Xehanort as fast as possible, then you have two different options for grinding BP. World Battles and the BP Quest Key Event. We’ll take a look at the latter option first.

This is absolutely the best way to get tons of BP quickly in Dark Road. Only two types of enemies will show up in this event: Gift Shadows which give you 1000 BP and Gold Tricholoma which give you 10 thousand BP. Both of these enemy types can also be defeated with a single hit.

However, you need a quest key in order to enter the event. On top of that, you only get to battle five enemies each time. That means the most BP you can get from this event is 50 thousand. Yet, this method is still worth it since you get a huge amount of BP in one minute or less.

This is the most easily accessible option for grinding BP, but it takes time. If you haven’t already realized it, Kingdom Hearts Dark Road is one of those idle games that you can just leave running to grind for experience (BP).

Just hit the World Battle button at the bottom of the screen, turn on auto battling, and watch Xehanort go to town on a bunch of Heartless. This is much slower than the event focused on getting you BP quickly, but the endless cycle of enemies means it’s a bottomless well of BP waiting to be tapped.

The best time to use world battle for obtaining BP using World Battles is while you sleep. Just leave it going for six to eight hours or so while you sleep. When you get up you’ll have tons of BP waiting for you.

I would suggest keeping your phone plugged in and see if you can turn off the setting that makes your phone go to sleep. That way you can just leave it running while Xehanort racks up the BP. Once you’ve obtained enough BP, then hit the back arrow in the upper left to go back to the main screen.

Here’s a quick summary of how to grind BP in Kingdom Hearts Dark Road:

That’s all there is to know about how to grind BP in Kingdom Hearts Dark Road. If you have any questions about what was covered in this guide, then just drop your concerns down in the comments and we’ll do our best to help you out.