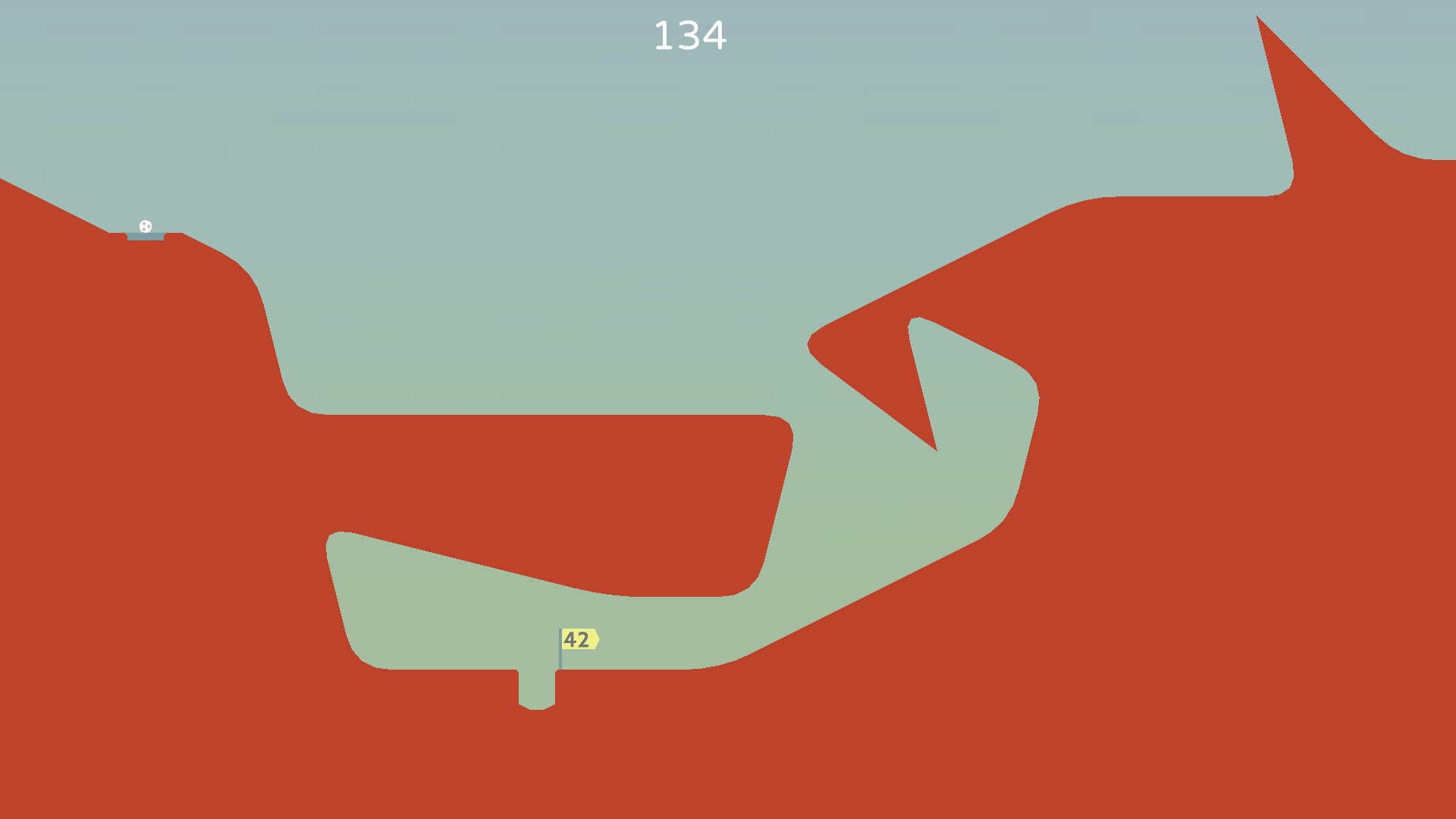 Golf on Mars, the sequel to 2014’s simplistic golfing game Desert Golfing, is now available on iOS and Android with a Steam version coming on June 29.

Similar to its predecessor, Golf on Mars is a golfing game with procedurally generated stages allowing for thousands and thousands of holes to play. While minimalistic, the sequel seems to contain a bit more than jagged land with structures, plant-like things, and standing bodies of water.

The first game seemed endless at first, until one player found the end at hole 65,535 in 2016 and the game’s designer fixed some of the game’s “impossible holes” a year later.

For centuries, philosophers and mathematicians have gazed up at the night sky and wondered:

“Is there Golf On Mars?”

The year is 2866. Mars is 35% terraformed, finally enough to allow the playing of the game of.. Golf!

*Infinity is impossible to represent on any non-quantum computer. In actuality there are roughly 25,770,000,000 golf holes in this game.

Golf on Mars is now available on iOS and Android devices for $2.99.