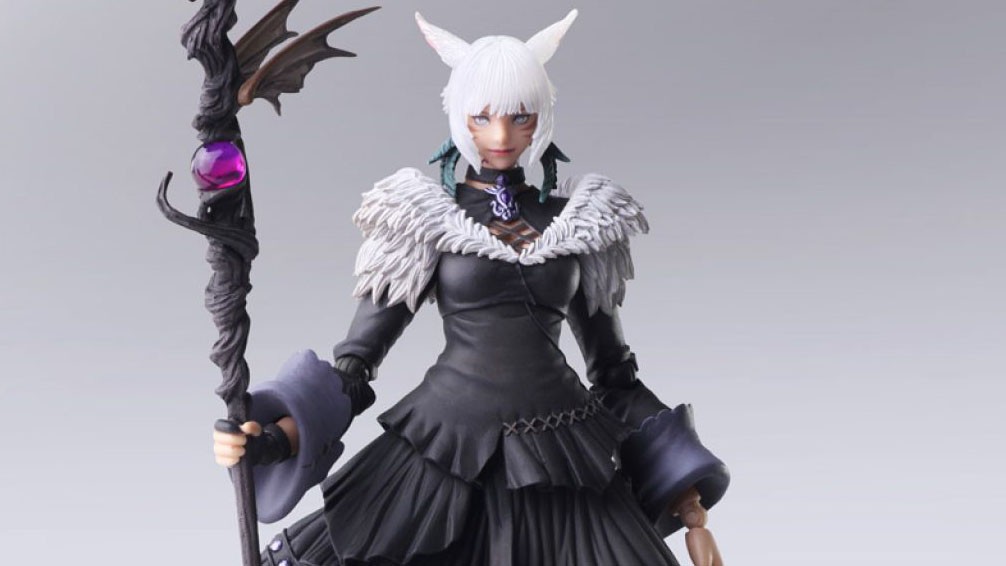 Y’Shtola is certainly one of the most popular characters from Final Fantasy XIV, and she’s getting a brand-new action figure.

The figure comes from Square Enix’s own Bring Arts brand and she will be released on October 31 in Japan, in November in North America, and in December in Europe.

She is now available for pre-order in North America, Europe, and Japan simultaneously, priced at $85.49, €80.99, and 9,680 yen respectively. The price in the west is currently discounted by 10%.

Like all Bring Arts figure, she’s fully posable and she comes with a base, alternate hands, and her staff.

Featured is her latest outfit that debuted with the Shadowbringers expansion and that can also be purchased in-game.

She is 5.5 inches tall (139 mm) and she definitely looks fetching. You can check out what she looks like below, and read an official description.

“Y’shtola from Final Fantasy XIV makes her debut in the Bring Arts figure line, clad in her “Sorceress” attire!

From her midnight black dress to the texture of its fur accents, our designers spared no effort in recreating these fine details. Her ears and tail, signature features of the Miqo’te race, use the pigmentation already incorporated in the material to bring her design to life. Additionally, we have included a new type of neck joint that allows for a wider range of poses.

Her accessories include Nightseeker, a thaumaturge arm that harnesses the power of destruction, as well as six different interchangeable hand pieces. This figure showcases Y’shtola’s enigmatic charm and would make a great addition to any adventurer’s collection!

Recreate your favorite scenes from the game with this poseable action figure!”