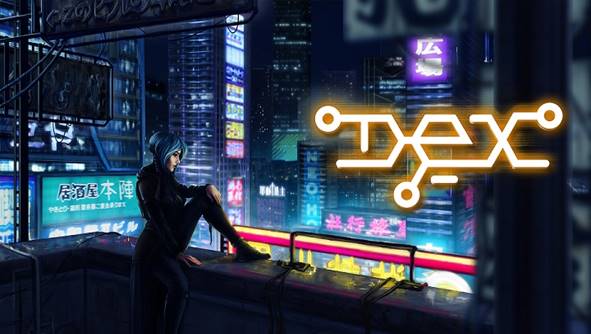 Cyberpunk is the latest in-vogue aesthetic in video games, it seems, but the folks over at Dreadlocks Ltd were in long before the crowds with their 2D side-scrolling RPG Dex.

Originally launched for PC back in 2015 before coming to PS4 and Xbox One soon after, Dex is a deep, nuanced role-playing experience developed by a team that clearly loves and understands the genre. And now, five years later, Dex is headed to Nintendo Switch, available on July 28 for $19.99.

For those that missed it the first time around, in Dex, players take control of the titular blue-haired as she embarks on a mission to take down the powerful and enigmatic organization that rules the city of Harbour Prime.

Basically, it’s a story as true to the tropes of the genre as the city’s neon-drenched streets. We’re not complaining.

Augmentations blur the line between being human and “cyborg,” granting Dex superhuman abilities, as well as the ability to traverse new pathways — a feature that sees the incorporation of Metroidvania-like level design.