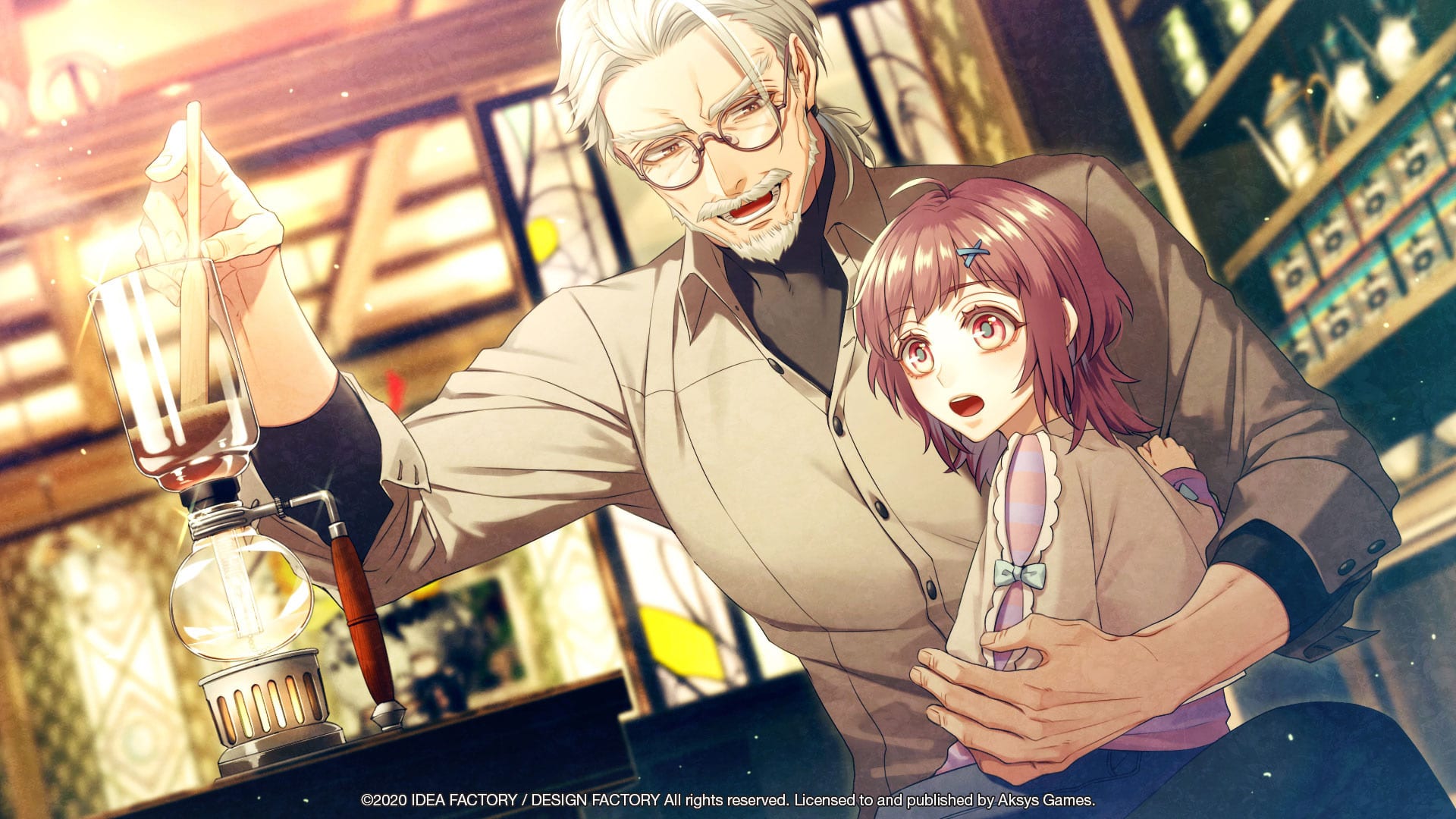 For those who might not know the meaning, otome typically refers to a romantic visual novel that features a girl as the protagonist, with many male suitors to deal with throughout the story. It’s roughly the opposite of a harem anime.

Cafe Enchante is described by the publisher as:

When Kotone inherits her grandfather’s Tokyo café, she discovers the shop holds more secrets than anyone could imagine. The café is a meeting place for beings from multiple, mystical worlds. You’ll meet the king of demons, a humanoid beast, a fallen angel, and more. And when government agents monitoring non-human activities show up at your door, your new café is about to become a lot more colorful.

You can absolutely expect an emotional story that is quite standard with usual otome games, but that’s the draw to games like this. You can be guaranteed lovely visuals and plenty of romance.

No release date was given outside of the currently known Fall 2020, but at least we know it’s coming soon.

You can find the trailer shown off during New Game+ Expo here and below:

If you have a keen interest in visual novels, check out our article on the 5 visual novels coming this year that you won’t want to put down.