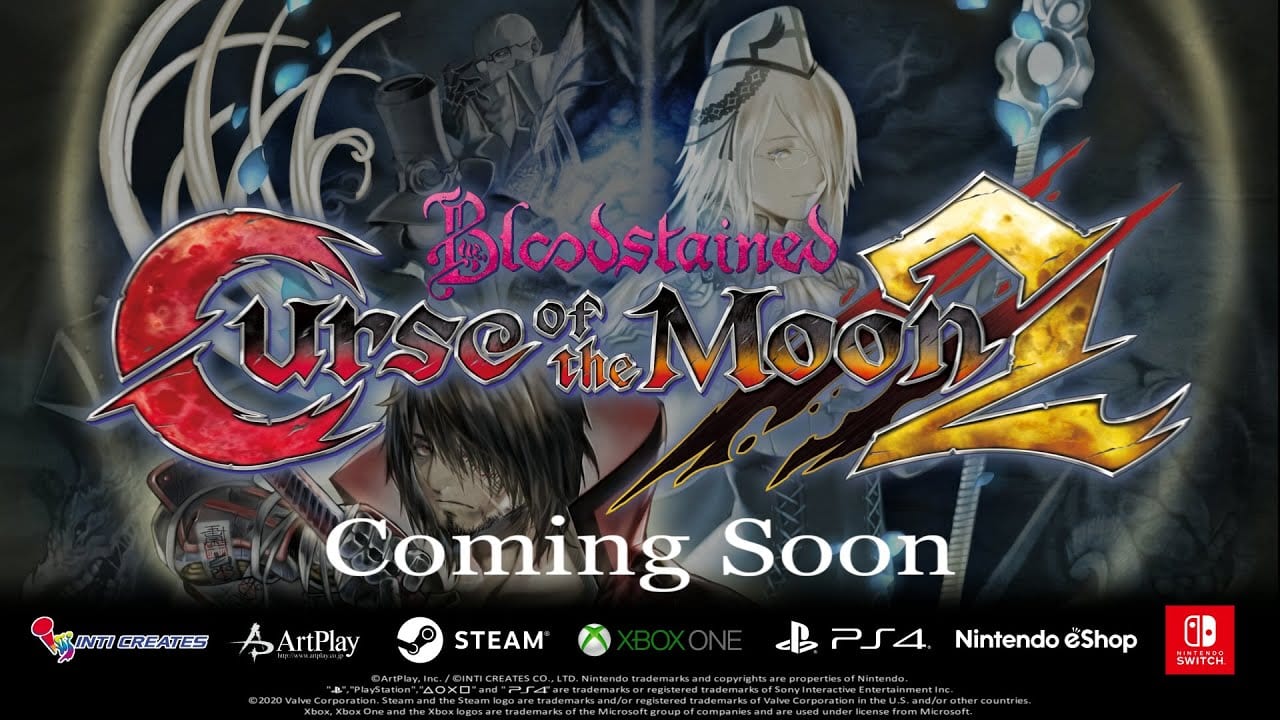 Inti Creates has revealed a sequel to its popular 2D side-scrolling action-RPG Bloodstained: Curse of the Moon today during the New Game + Expo showcase. No release date or platforms were confirmed.

But, as explained by Igarashi himself at the start of today’s trailer, the critical success of Curse of the Moon has prompted the developer to turn the former into a series of its own. It should make for a fitting celebration of Inti Creates’ 25th anniversary!

As you’ll see below, players will be taking control of Zangatsu, Dominique, Robert, and Hachi in a new quest against demonic forces.

Twinfinite reviewed the original Bloodstained: Curse of the Moon back in 2018 and thoroughly enjoyed it, scoring the game 4/5 and concluding:

“Bloodstained: Curse of the Moon is a superb game. It is ideal for gamers who want an old-school challenge as well as an old-school game in both aesthetic and design.”